President Trump meets Modi on the sidelines of ASEAN summit 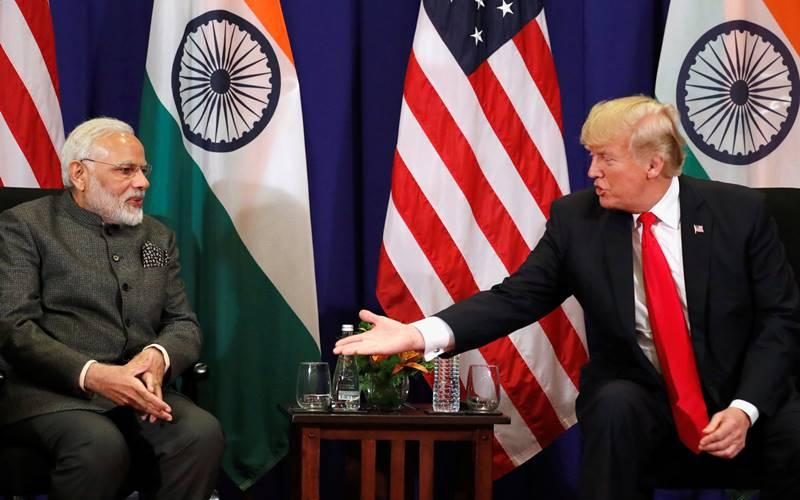 The relationship between India and the US goes beyond mutual interest and can be beneficial for Asia and the humanity at large, Prime Minister Narendra Modi told President Donald Trump who described him as a "friend" who is "doing a great job".

A day after India held official level talks with the U.S., Japan, and Australia on a quadrilateral process of greater cooperation in the Indo-Pacific region, Prime Minister Narendra Modi met with United States President Donald Trump in Manila on Monday.

“I am happy that I have got another opportunity to meet President Trump. India-U.S. ties are becoming broader and deeper and you too can feel that India-U.S. ties can work together beyond the interest of India, for the future of Asia and for the welfare of the humanity in the world. Wherever President Trump has travelled in recent days and wherever he had an opportunity to speak on India, he has spoken optimistically and highly. I also assure that India will try its best to fulfil the expectations that the U.S. and the world has from it,” Mr. Modi said in his opening statement of the meeting.

The meeting began in Hotel Sofitel, a five-minute drive from The Marriott where Mr. Modi is staying. He was accompanied by National Security Advisor Ajit Doval, Foreign Secretary S. Jaishankar, Secretary in charge of Eastern Affairs Preeti Saran. Vinay Kumar, Joint Secretary in charge of Southern Global Affairs in the Ministry of External Affairs, was also part of the delegation. Mr. Kumar was one of the two Indian interlocutors in the ‘Quad’ talks held on Sunday.

Sources said that the U.S. leadership has indicated through a series of public statements that it wishes India plays a greater role in the global architecture of the 21st century and the talks are likely to help in greater coordination in the global partnership between the two sides.

Mr. Trump on his part described Modi as a friend and a great gentleman.

“Prime Minister Narendra Modi is here. We had met at the White House before. He has become a friend of ours. He’s doing a great job. A lot of things were solved and we will continue to work together,” Mr. Trump said.

Mr. Modi was doing a “fantastic job by bringing lots of factions in India together that is what I hear and is a good news and lot of good reports are coming out of India.”

The two leaders are understood to have discussed the security scenario in the region besides several other issues of mutual interests, including ways to further boost trade.