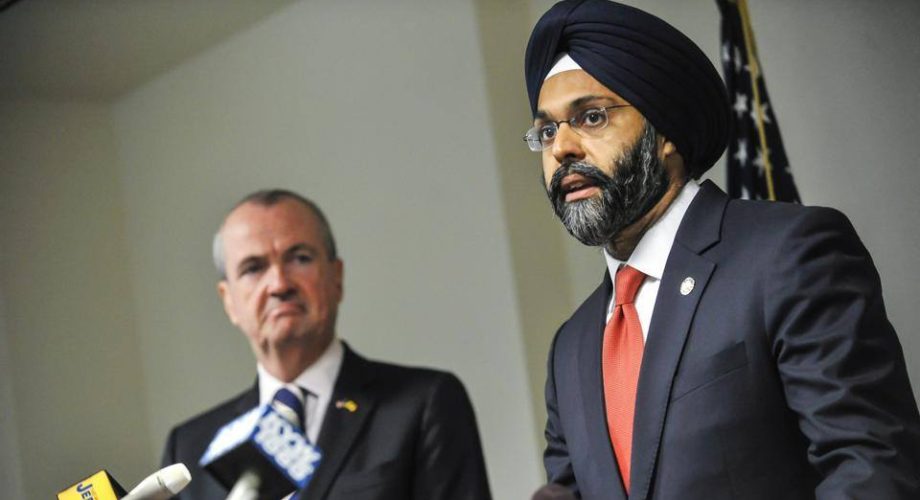 Trenton NJ, Gurbir S. Grewal became the 61st Attorney General of the State of New Jersey following the inauguration of Governor Phil Murphy today, January 16, 2018. He was confirmed unanimously by the New Jersey Senate this afternoon.

“I am honored and humbled to assume the role of Attorney General at this critical time for our state and country. I am grateful to Governor Murphy and the Senate for the trust they have placed in me and I look forward to continuing my service to the state of New Jersey. There’s much to do, and I can’t wait to get started,” said Attorney General Grewal.
Prior to his selection as New Jersey Attorney General, Grewal served as Bergen County Prosecutor, the chief law enforcement officer of the most populous county in New Jersey and home to nearly 1 million residents living in 70 municipalities.

Grewal worked as an Assistant United States Attorney (“AUSA”) in the Criminal Division of the United States Attorney’s Office for the District of New Jersey from 2010 to 2016. While at the U.S. Attorney’s Office, he served as Chief of the Economic Crimes Unit from 2014 to 2016 and oversaw the investigation and prosecution of all major white collar and cybercrimes in the District of New Jersey.

Before becoming a federal prosecutor in New Jersey, Grewal also served as an AUSA in the Criminal Division of the United States Attorney’s Office for the Eastern District of New York from 2004 to 2007, where he was ultimately assigned to the Business and Securities Fraud Unit. As an AUSA in the Eastern District of New York, he investigated and prosecuted a wide range of narcotics offenses, white collar crimes, and terrorism cases. His significant matters included the successful prosecution of 12 men charged with providing material support to the Tamil Tigers terrorist organization.

In addition to his work as a federal prosecutor, Grewal has also worked in private practice, including at Howrey LLP (from 1999 to 2004 in Washington, D.C., and from 2008 to 2010 in New York, N.Y.). While at Howrey LLP, he counseled clients on a range of matters including securities, trademark, antitrust and Foreign Corrupt Practices Act issues; represented individuals and companies in government investigations and criminal proceedings; conducted internal investigations for public corporations; and conducted civil trials.