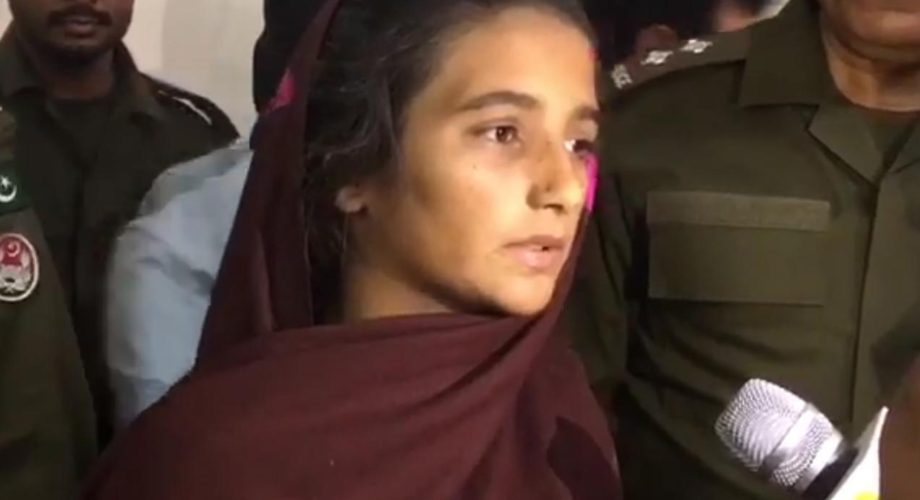 Bibi publicly denied the claims, while police said she confessed in custody.

A newly wed woman has been charged with murder after a poisoned milk drink she allegedly planned to give to her husband killed at least 15 members of her extended family.

Aasia Bibi, 21, was forced into an arranged marriage in September with Amjad Akram, 25.

Two months into the marriage in Pakistan, she tried to flee to her parents’ house, but they forcibly took her back.

Bibi then allegedly poisoned a glass of milk to murder her husband. After he refused to drink it, her mother-in-law used it to make a batch of Lassi and served it to 27 members of the family.

A total of 15 people died while 12 others are reportedly still in critical condition. The exact number of deaths and whether it includes children is disputed.

A senior police officer said: “Aasia was forced to marry Amjad against her will. “She was not happy and came back to her parents house after a few days into marriage but her family forcibly sent her back to her in-laws’ house.

“Aasia concocted the plot to avenge being married against her will and was provided with poisonous substance by her alleged lover, Shahid Lashari.
“But the plot went awry when Aasia’s husband did not drink the glass of milk she handed to him.

“Instead, her mother-in-law used the tainted milk to make Lassi.” Bibi reportedly first claimed that a lizard had fallen into the milk, poisoning it.
“But she confessed her role in the custody,” said police.

Police have arrested Bibi, her lover and her aunt, who are suspected to have a role in the incident.

Bibi has denied the allegations to reporters, claiming her lover gave her the poison and she did not use it, and that she also refused to marry him.

The incident took place in the Daulat Paur area in Muzaffargarh in the southwestern Punjab province of Pakistan.

According to cases reported in 2016, Pakistan has the highest number of forced marriages, and there is little recourse for women who are married against their will.