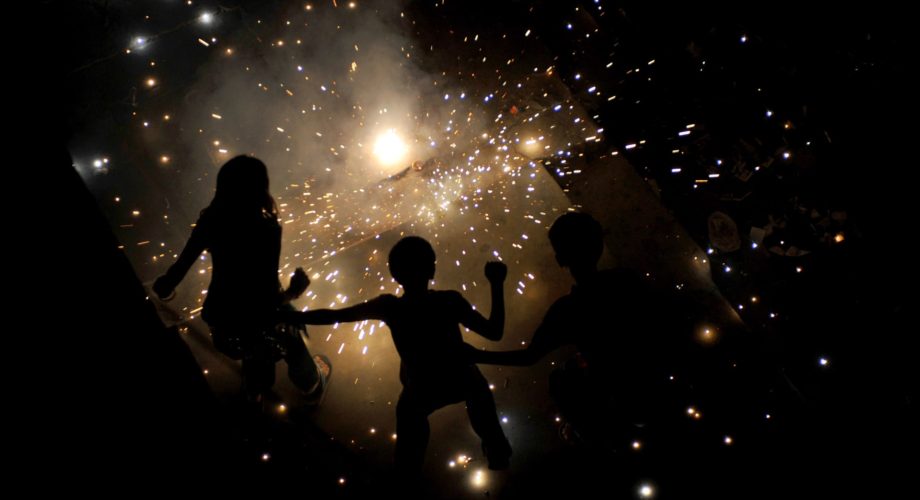 India’s supreme court has banned the sale of fireworks in Delhi during the upcoming Diwali festival, hoping to prevent the usual spike in toxic air pollution levels that accompany the holiday.

Last year’s Hindu festival of lights, in which tens of thousands of firecrackers are burst in Delhi over several days, left the city sheeted in toxic smog that forced the closure of schools, power stations and construction sites.

The increase in airborne pollution to levels up to 29 times higher than World Health Organisation standards led the supreme court in November to ban the sale of fireworks in the Indian capital.

The ban was overturned after a challenge by fireworks manufacturers, but India’s highest court said on Monday it would remain in place until November to monitor whether air pollution levels would be substantially affected.

“Let’s try out at least one Diwali without firecrackers,” one judge said on Monday, according to The Hindu.

The court was hearing a public interest lawsuit brought in the name of three toddlers, asking for judicial intervention to force the state to boost vehicle emissions standards and control dust, among other measures to clear the air.

Studies have attributed Delhi’s extremely poor air quality to factors includingconstruction activity, road dust and vehicle emissions, all of which worsen in winter when slower winds and colder temperatures trap more pollution in the city.

Autumn is also when farmers across Punjab, Haryana and other states surrounding Delhi burn the crop waste on their properties, sending plumes of dark, foul smoke billowing across the Ganges plain.

Adding to this cocktail each Diwali is the bursting of tens of thousands of cheap firecrackers, sometimes manufactured using toxic chemicals such as mercury and arsenic, turning Delhi into what its chief minister last year called a “gas chamber”.

High levels of toxic pollutants in the air have been linked to increases in respiratory diseases, heart attacks and strokes. A 2015 study found about half of Delhi’s 4.4 million schoolchildren had compromised lung capacity and would never totally recover.

On 15 October the Delhi government will implement a new scaled action plan that restricts polluting industries and traffic as the air quality worsens. Diesel generators will be stopped, parking fees will rise and public transport services will increase when the air is classed as “very poor”.

At emergency levels, trucks will be prevented from entering the city, construction will halt and traffic will be restricted to number plates ending in odd numbers one day and even numbers the next.

Despite an official ban on setting fire to crop waste, pollution control officials have reportedly warned that even greater amounts are likely to be burned this year than in the past.

Firecracker manufacturers argue that their product only causes a temporary jump in pollution levels and that state efforts should be directed at the year-round contributors to Delhi’s dirty air.

Nights of bursting colour in the sky have become a fixture of the festival in the city and many Delhi residents are likely to bristle at the ban. One popular Mumbai-based author, Chetan Bhagat, compared the ruling to “banning Christmas trees on Christmas”.

How strongly the sale ban will be enforced remains to be seen, though one seller, Anwar Ali, said he would grudgingly comply with the order.

“It’s a headache that isn’t going away,” he said of the decision, from his fireworks store in south Delhi.

“They say the firecrackers increase the pollution but I don’t believe that. All they do is kill mosquitoes.”

He said uncertainty over the legal status of fireworks had left the business he ran with his brothers 2.5m rupees in debt and he was struggling to pay his children’s school fees.

Hundreds of people in his village, Swarupnagar, just outside Delhi were involved in manufacturing or selling firecrackers and would suffer without the traditional surge in Diwali sales, he added. “The whole village survives on these firecrackers.”