6,700 Rohingya Muslims killed in one month in Myanmar, MSF says 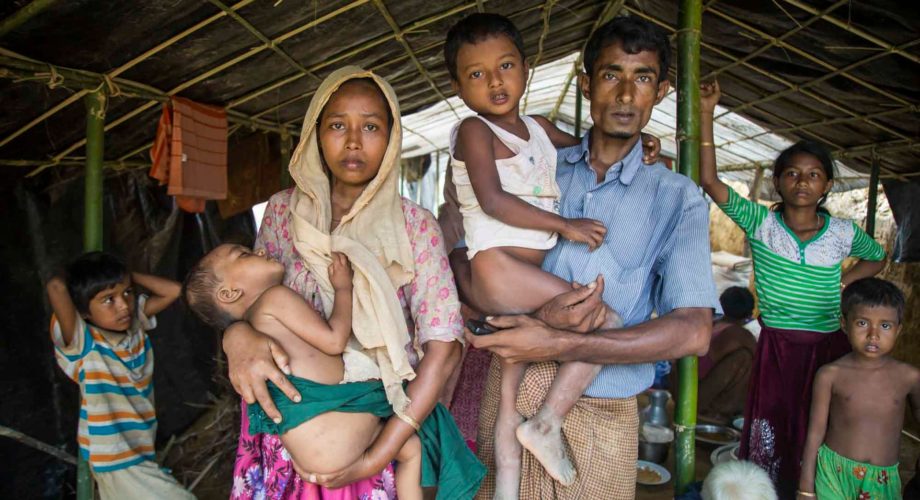 A day before the attack, people from a village across the river called Dual Toli swam over to escape the army. More than 10 died in the river, according to Petam Ali, who sheltered some of the displaced in his family home. They watched their village burn from across the river.

More than 6,700 Rohingya Muslims, including at least 730 children under the age of five, were killed in the first month of a crackdown that started in August in Myanmar’s northern Rakhine state, according to Médecins Sans Frontières.

The figures released on Thursday by the humanitarian agency are believed to be a conservative estimate and far exceed Myanmar’s official death toll of 400.

“The numbers of deaths are likely to be an underestimation, as we have not surveyed all refugee settlements in Bangladesh and because the surveys don’t account for the families who never made it out of Myanmar,” said Dr Sidney Wong, MSF’s medical director.

The majority of the people killed (69%) were shot, while others were burned and beaten to death. “We heard reports of entire families who perished after they were locked inside their homes, while they were set alight,” said Wong.

More than 640,000 Rohingya people have fled Rakhine since August. Soldiers, police and local militias burned hundreds of Rohingya villages to the ground, and they are also accused of gang-raping women and children, as well as slaughtering civilians indiscriminately.

Western countries have condemned the violence as ethnic cleansing, an allegation Myanmar strongly denies. Officials in the country have laid the blame on “extremist terrorists” belonging to a new Rohingya militant group. A Myanmar government spokesperson could not be immediately reached for comment.

Some of the worst violence is believed to have occurred in Tula Toli, in a village in Maungdaw township, where survivors say residents were rounded up on riverbanks and shot as they tried to flee. The Guardian has seen videos taken by villagers showing the corpses of children washed up on shores.

Survivors believe thousands may have died in that village alone.

“The latest report adds to a long list of harrowing accounts that Human Rights Watch has collected from Rohingya refugees who fled the campaign of ethnic cleansing and crimes against humanity in northern Rakhine state,” said Rich Weir, Asia researcher for Human Rights Watch.

“The numbers should shock the conscience of the international community and stir them to action. Those responsible must be held to account and sanctions must be imposed on those who are behind these atrocities,” he said.

Myanmar and Bangladesh have agreed to send Rohingya people back to Rakhine, in a deal that has been criticised by human rights groups as premature and lacking safeguards for the persecuted minority.

“Currently, people are still fleeing from Myanmar to Bangladesh and those who do manage to cross the border still report being subject to violence in recent weeks,” said MSF’s Wong. “With very few independent aid groups able to access Maungdaw district in Rakhine, we fear for the fate of Rohingya people who are still there.”

Myanmar insists the reports of mass murder and rape are fabrications invented by the hundreds of thousands of Rohingya people now living in squalid refugee camps in Bangladesh.

Two Reuters journalists investigating the events were arrested this week. Wa Lone and Kyaw Soe Oo were detained while carrying maps and documents relating to the region, after meeting police officers for dinner in Myanmar’s commercial capital of Yangon.

The US embassy called the detentions “highly irregular”. The Myanmar military has filed charges against the journalists under the Official Secrets Act, which carries a maximum prison term of 14 years.