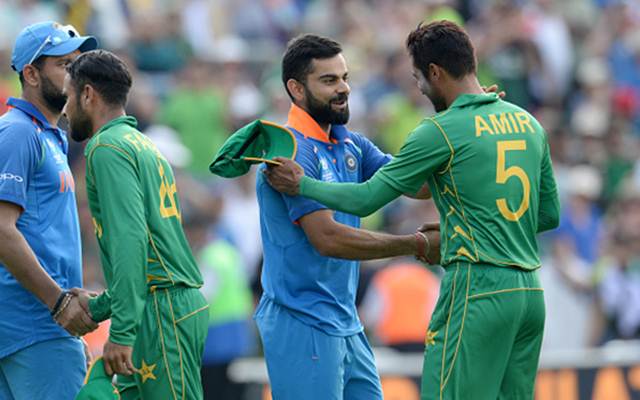 India’s arch-rivals Pakistan, for once, will be rooting for the Virat Kohli-led team as it faces New Zealand in a three-T20I series, starting on Wednesday.

Even if India win the three-match series against New Zealand 2-1, Pakistan will become the world No 1 in T20Is, the International Cricket Council (ICC) announced in a release.

The ICC said: “India will do Pakistan a huge favour if they defeat New Zealand in an upcoming three-match T20 International series as such a result will see their arch rivals top the rankings.”

Pakistan will become the new No. 1 side if India get the better of the Kiwis by any margin.

“Pakistan have closed in to within one point after securing a 3-0 win in their series against Sri Lanka that culminated in Lahore on Sunday,” the ICC said.

India will enter the series with their ace bowler Jasprit Bumrah regaining the top spot in ICC T20I Rankings. On Sunday, the right-arm seamer guided India to a series win over the Kiwis with a wily spell of 3 for 47 in the ODI series decider at Kanpur.

The ICC confirmed on Tuesday that Bumrah has regained the top spot in T20I Rankings. “India pace bowler Jasprit Bumrah will head into the series on Wednesday as the No 1 bowler in ICC T20I Player Rankings which were updated after the Pakistan-Sri Lanka and South Africa-Bangladesh series,” the release added.

Bumrah rose in ICC Rankings for bowlers in T20Is after Pakistan all-rounder Imad Wasim slipped by one place.

The first T20I between India and New Zealand will be played at Feroz Shah Kotla in New Delhi on Wednesday. The second game will be at Rajkot on November 4, whereas the final game will be at the new cricket stadium in Thiruvananthapuram on November 7.