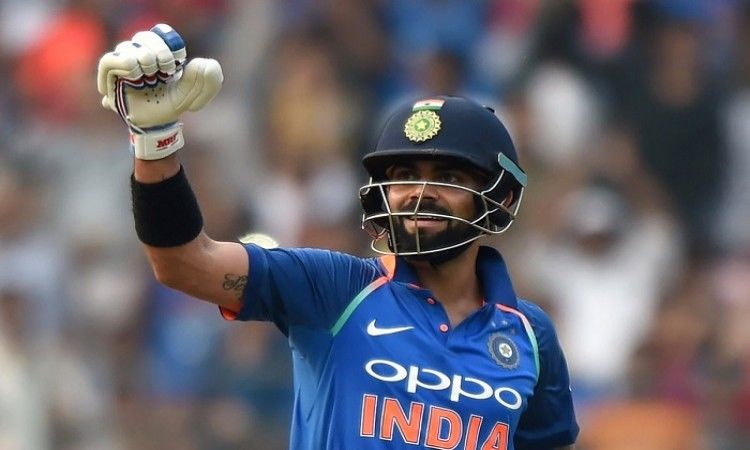 Virat Kohli returned to the top spot in the latest ODI rankings which were released by ICC on Monday. He accumulated the highest ranking points of his career which took him past former India batsman Sachin Tenulkar. The Indian captain had slipped to number two last week after AB de Villiers had scored a century to reclaim the top spot he had lost to Kohli.

But, Kohli returned to the top after his stellar performance in the New Zealand series which India won 2-1. The 28-year-old Delhi batsman scored 263 runs in the series. He now has has 889 ranking points, which is the best ever by an India batsman.

“The previous highest points tally of 887 was managed by Sachin Tendulkar in 1998 and by Kohli earlier this year,” the ICC said in a statement.

Apart from Kohli, MS Dhoni also rose one place to number 11 in the rankings. Rohit Sharma, who scored a century in the third ODI on Sunday, accumulated ranking points but remained on the seventh spot in the rankings.

The list for bowlers continues to be led by Pakistan pace bowler Hasan Ali while India fast bowler Jasprit Bumrah has reached a career-best third after finishing with six wickets in the series against New Zealand.

Other bowlers to move northwards include left-arm spinners Mitchell Santner of New Zealand (up two places to 14th) and Pakistan’s Imad Wasim (up 14 places to 27th). Adam Milne has also made significant movement, gaining 11 slots to reach 42nd position.

India’s 2-1 win over New Zealand was not enough for them to overtake South Africa, who hold the top ranking in the at 121 points, ahead of India by two points.