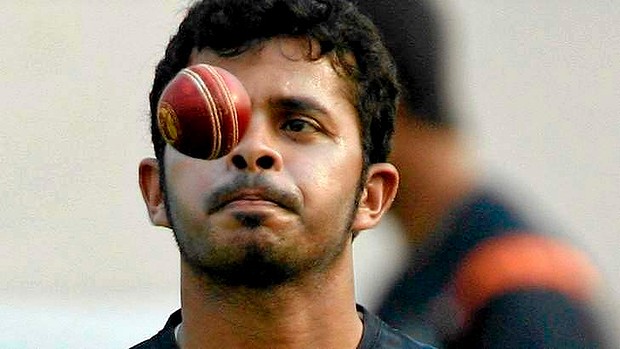 KCA was supporting Sreesanth ever since the ban was lifted.

KOCHI – In what could be a shocking blow to former Indian pacer S Sreesanth, a division bench of the Kerala high court on Tuesday upheld the appeal made by the BCCI against the earlier single bench verdict that lifted the life ban on the bowler in August this year.

The division bench of Chief Justice Navniti Prasad Singh ruled that the court cannot conduct a judicial review on the life ban imposed by the BCCI and hence upheld the appeal.

The court heard the appeal petition for the past two days and delivered its verdict, which has now for the time being ended his hopes of not just playing for Kerala Ranji side in its upcoming matches but also to take part in practise sessions at any place that comes under the Board of Control for Cricket in India (BCCI) or any state cricket association.

Speaking to the media, Kerala Cricket Association secretary Jayesh George said the KCA was supporting Sreesanth ever since the ban was lifted.

“We had made arrangements for him to undergo a full fitness test so as to make him match fit. Now with this verdict, we will now have to respect it,” said George.

Now the only option before Sreesanth is to approach the apex court and, according to sources close to the bowler, he is likely to go in appeal against this verdict.