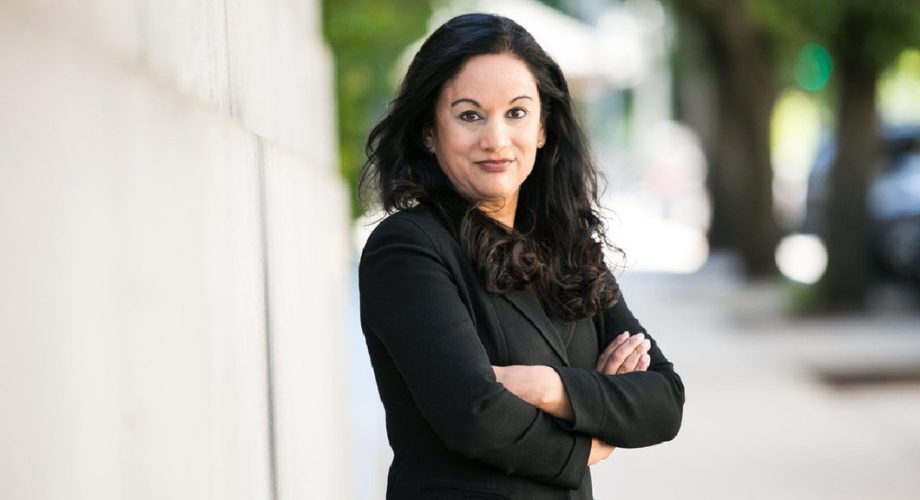 Noted Indian-American lawyer Manisha Singh was today sworn in to a key administration position in the State Department, becoming the in-charge of the US’ economic diplomacy.

Ms Singh, 45, born in Uttar Pradesh, is the first woman appointed as the Assistant Secretary of State for Economic and Business Affairs.

She was sworn in by Secretary of State Rex Tillerson.

She is currently the highest-ranking Indian-American official in the State Department.

“My honour and privilege to be sworn in by Secretary Tillerson,” Ms Singh said in a tweet

“We will promote American growth and secure our future!” she said.

Confirmed by the US Senate on November 2, Ms Singh formally joined her duties at the State Department on November 28.

“She comes to the department with a wealth of experience that will benefit our economic and business efforts abroad,” said State Department Spokesperson Heather Nauert.

She previously served as chief counsel and senior advisor to US Senator from Alaska Dan Sullivan. He was himself a former assistant secretary in the Bureau of Economic, Energy and Business Affairs.

Ms Singh, who is fluent in Hindi, also previously served as the deputy assistant secretary in the Bureau of Economic, Energy and Business Affairs.

“We’re pleased to have her back again at the State Department as she will now lead our efforts to promote prosperity for Americans at home and abroad,” Ms Nauert said.

Ms Singh, who also studied at the University of Leiden Law School in the Netherlands, is licensed to practise law in Florida, Pennsylvania and the District of Columbia.

Nearly 2,400 Indians in US jails for crossing border illegally: Report