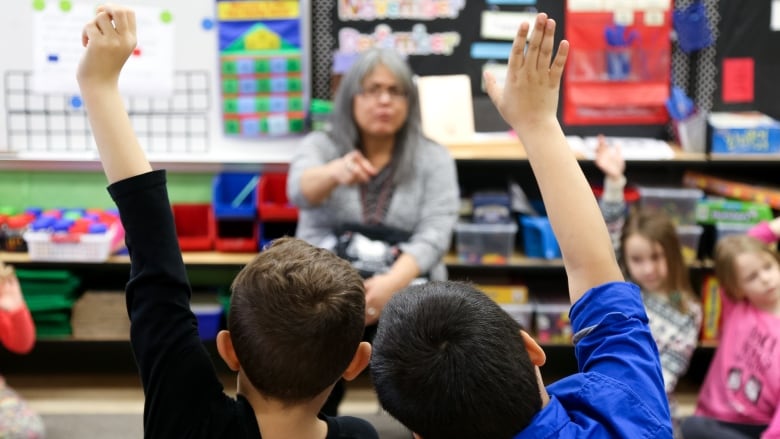 Several parents have raised concern about sending their kids to school in September 2020.

The UN warns students are facing a “generational catastrophe” thanks to the COVID-19 pandemic’s impact on global education creating a crisis experts say disproportionately affects students from low income and racialized backgrounds in Canada.

UN Secretary-General Antonio Guterres says that the novel coronavirus is the largest disrupter of education ever seen, noting that getting students back into schools as safely as possible must be a top priority once local transmission of the virus is under control.

“We already faced a learning crisis before the pandemic,” Guterres said Tuesday, in a video message launching the “Save our Future” campaign, calling for a focus on innovative teaching methods to reopen schools and target students who are hardest to reach.

“Now we face a generational catastrophe that could waste untold human potential, undermine decades of progress, and exacerbate entrenched inequalities.”

According to the UN, schools were closed in more than 160 countries as of mid-July, affecting more than 1 billion students, while another 40 million children globally have missed out on education in their critical pre-school year.

Guterres warned that students with disabilities, those in minority or disadvantaged communities, and children in remote areas are at highest risk of being left behind — a message Canadian experts are echoing.

“Sadly, in education, socio-economics is still the number one predictor of success in school,” Annie Kidder, executive director of People for Education, told CTVNews.ca by phone Tuesday.

“For kids whose families are struggling to put food on the table; whose parents had to continue working sometime in low paying jobs; for racialized students who are still discriminated against in Canada; those students are more likely to struggle.”

Kidder notes that this so-called “generational catastrophe” may only apply to students who were already struggling in school or lack the resources to succeed outside of the classroom.

This is especially concerning for students in provinces where at-home and virtual learning are a component of school reopening proposals, including Quebec, Ontario, and Manitoba.

“When schools close and we move to online learning, those students often don’t have all of the supports around them to help them succeed,” Kidder noted, adding that not only do these students often lack access to the technology they need, but also adult supervision and motivation that aids in learning.

Worse yet, experts warn that these gaps in education will lead to further disparities later in life.

“The worry is, for students who are already disadvantaged, is that they’re going to lose,” Kidder said.

“They are going to lose as much as a year of their education, and that will have an impact on their lives in terms of their earnings and their capacity to thrive in the world — and that is a crisis.”

IS THE CLOCK REALLY TICKING ON BACK-TO-SCHOOL?

Though Kidder agrees it is imperative that kids get back to school, she notes that doing so safely and effectively shouldn’t be rushed.

“We’re all assuming that school must start at the beginning of September, because that’s when it’s always started,” she said. “But it would probably be more effective to have a kind of slow on-ramp into school.”

Kidder notes that, although each province has released a back-to-school plan, many lack firm details about how the return to class will work — especially given the unpredictability of case numbers come the fall — and funding to implement new safety guidelines.

“Nearly every plan across the country is missing money. It really leads me to wonder why the provinces haven’t gone to the federal government and said, ‘We have a crisis,’” she said.

“If the provinces had gone to the federal government with that ask, I think they would have had more money to ensure there were enough teachers, support staff, and space to have classes.”

Kidder adds that the return to the classroom shouldn’t be treated as business as usual, noting that children of all ages have been impacted mentally by the pandemic and resulting shutdowns.

“Our children have been living through this crisis, so there needs to be quite a bit of time taken to deal with that,” she said, adding that schools should take the approach of a “gentle return” to learning and make room for conversations about how they are feeling.