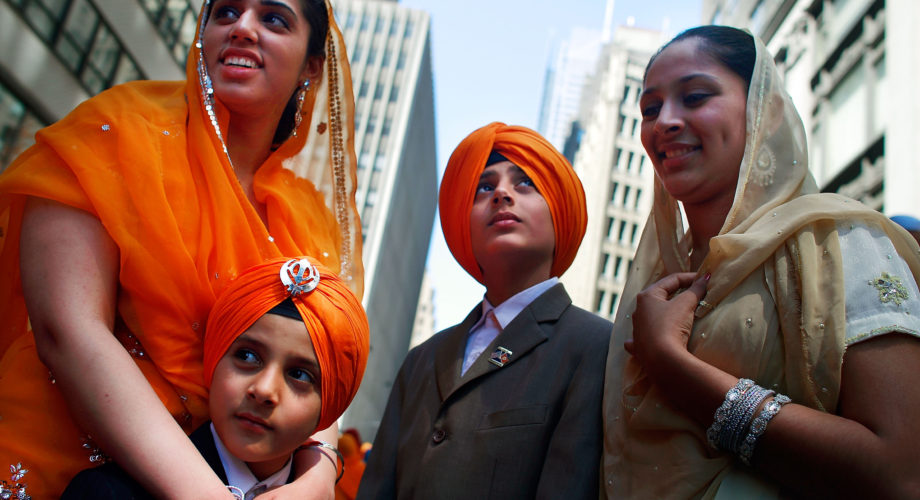 Members of the Singh family prepare to march in the annual NYC Sikh Day Parade in New York City.

UNITED NATIONS – India has topped the list of people living abroad at 17 million with about 5 million Indians residing in the Gulf region alone, according to a new UN report.Mexico, Russia, China, Bangladesh, Syria, Pakistan and Ukraine also have large migrant populations living abroad, ranging from 6 to 11 million each, according to the 2017 International Migration Report released here.

In 2017, India was the largest country of origin of international migrants at 17 million, followed by Mexico at 13 million.

Other countries of origin with large migrant populations include the Russia at 11 million, China at 10 million, Bangladesh at 7 million, Syria at 7 million and Pakistan and Ukraine at 6 million each.

The number of migrants from India now reside in multiple destination countries, including the UAE at 3 million, the US and Saudi Arabia at 2 million each, the report said.

There are now an estimated 258 million people living in a country other than their country of birth — an increase of 49 per cent since 2000, it added. 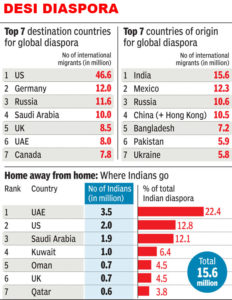 International migration is a critical concern for the implementation of the 2030 Agenda for Sustainable Development, the report said.

“These new estimates of numbers of international migrants around the world will provide an important baseline for Member States as they begin their negotiations on the Global Compact for Safe, Orderly and Regular Migration,” Liu said.

The report shows that international migration makes an important contribution to population growth in many parts of the world and even reverses population decline in some countries or areas.

Between 2000 and 2015, migration contributed 42 per cent of the population growth in Northern America and 31 per cent in Oceania. In Europe, the size of the total population would have declined during the period 2000-2015 in the absence of migration.