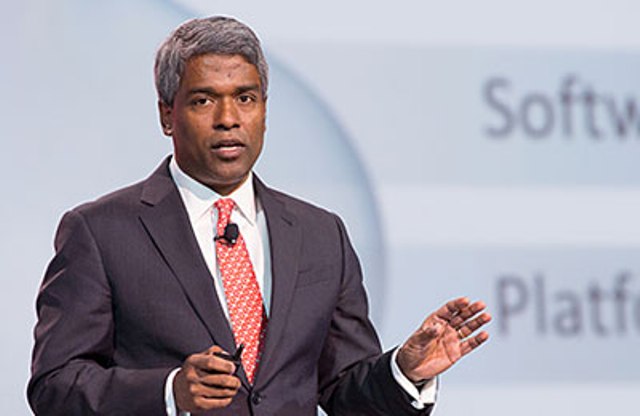 The economic impacts of the coronavirus pandemic sweeping the world could lead to 580 million people ― 8% of humanity ― being pushed into poverty and see an increase in global poverty for the first time since 1990.

These findings come from a new report released by researchers at King’s College London and the Australian National University, which looks at the impact of declines in household consumption.

As the global economy comes to a standstill due to the pandemic, stories of distress are becoming familiar in almost every country ― but especially in the developing world where social safety nets are thin or often missing. Stories like that of Micah Olywangu, a taxi driver in Nairobi, Kenya, and a father of three.

Over the last three weeks, as Nairobi’s airport shut down and the tourism industry effectively disappeared, his income has completely dried up, making it impossible to pay this month’s rent. While his landlord has been understanding, it’s unclear how long such patience will last.

“This virus will starve us before it makes us sick,” Olywangu said.

“Just imagine that [experience] times half a billion going on all over the developing world right now,” said Max Lawson, head of inequality policy for the development organization Oxfam International. “That is deeply, deeply concerning.”

Commissioned by Oxfam, the new research shows that the global pandemic could erase decades of progress on eradicating poverty. And the ripple effects would impact a wide range of matters, from access to health care and education to malnutrition and maternal mortality.

“The effects could be absolutely incredible,” researcher Andy Sumner, a King’s College professor of international development who works with the United Nations University-WIDER, which helped publish the report, told HuffPost. “There’s very likely to be a substantial increase in poverty, mainly because there’s so many people living not that far above the poverty line.”

Sumner added: “They’re very susceptible to these kinds of economic slowdowns or health shocks that can effectively push people back into poverty very suddenly.”

The report looked at what would happen if economic consumption ― measured as either a decline in household income or household spending in a given country ― dropped by 5%, 10% or 20%, and how that would impact people in the developing world living in poverty.

Even a conservative estimate of a 5% decline would see income-based poverty increase for the first time in 30 years. At this level, the number of people living in poverty would increase by 1% to 2%, to between 85 million to 135 million people across the developing world.

While presumably no part of the developing world will be spared from the pandemic’s economic impacts, the report expects that the hardest-hit regions will include the Middle East and North Africa, sub-Saharan Africa and South Asia, where poverty is expected to fall back to 1990-levels. Those levels range from roughly 10% to nearly 100% of the population, depending on the region and the figure for poverty-line income. This is “either because of their relatively slow progress in reducing poverty over the last years or because of their already high poverty levels,” the report states.

Even a 10% drop in consumption would be “enough to erase the progress achieved in reducing extreme poverty in recent years” in sub-Saharan Africa, the study warns.

Each of the millions affected by the estimates of the downturns “is a human being with lives, dreams and hopes,” Lawson said. “It’s a huge impact. I mean, it’s significantly worse than the financial crisis. And it’s quite hard to see an end to it at this point.”

Access to food is a critical concern, especially for workers in urban areas who aren’t able to grow their own food.

“Basically, if you haven’t got money for food in Nairobi, then you’re going to go hungry tonight. So, I [expect] big increases in malnutrition and hunger,” Lawson said. “I hope not, but I also think it’s quite possible that you will see increases in crime. People are just going to get a lot more desperate.”

How badly this plays out and how severely the impacts are felt depends on “how the national governments and the international community reacts,” the report said. In large part, Sumner said, it depends on whether governments “are willing to introduce or expand” social safety net programs.

Doing this obviously costs a lot of money ― a main reason that in the lead-up to the International Monetary Fund’s (IMF) annual spring meeting next week, Oxfam is calling on the international community to immediately cancel $1 trillion worth of debt payments in 2020 for developing countries. Doing so, the organization said, would free up essential money for these countries to spend on critical services like health care, supporting people’s incomes and increasing education about the best practices to limit the risk of coronavirus spreading.

“Like everything with this virus, every day that goes by, the impact of your actions is going to be less,” Lawson said. Developing countries “need a significant boost to their health spending as quickly as possible.”

Oxfam is also calling on nations to agree to make an additional $1 trillion in international IMF funding available to developing countries, in order to help them increase their health-care spending. However, to do so relies on a majority of nations voting in favour of such a measure ―  including the U.S., which under current political circumstances seems unlikely, Lawson said.

Understandably, all nations are suffering from the pandemic and that means for developed countries such as the U.S. and the U.K., the focus remains on stemming the danger facing their own citizens, Sumner said. “I guess, what we’re hoping, is to try and open it up a bit … We need to worry about people all over the world, many of whom may not have the coping mechanisms that the rich countries have at their fingertips.”