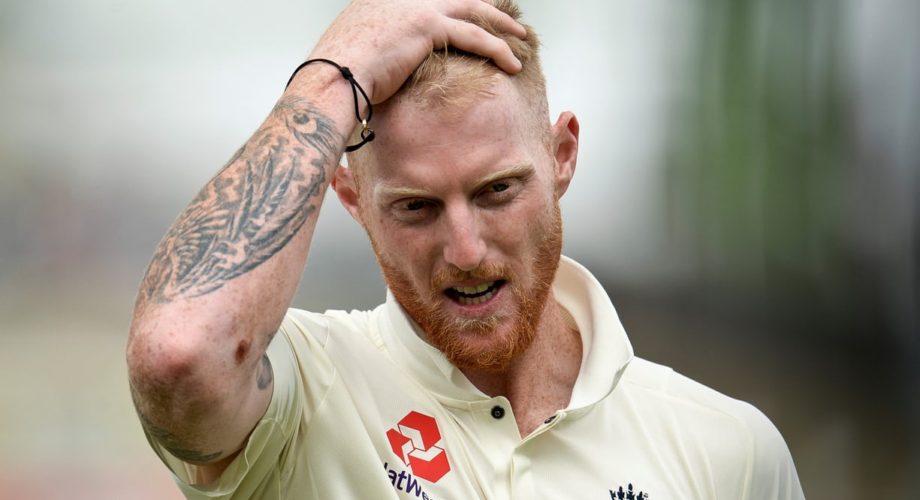 Ben Stokes will continue as England vice-captain for the time being despite his arrest.

The participation of Ben Stokes in the Ashes series this winter remains in the balance following the fight in Bristol at 2.35am on Monday that saw the England all-rounder arrested on suspicion of actual bodily harm and left with a broken finger.

England had stated on Wednesday that Stokes would continue in his role as Test vice-captain while investigations by themselves and police were ongoing, with the selectors having named him in their squad for the five-Test series with Australia that starts on 23 November.

A video was published on Wednesday night by the Sun purporting to show the incident that occurred in the early hours after England’s victory in the third one-day international against West Indies on Sunday.

Reacting to it, a spokesperson for the England and Wales Cricket Board said: “We have seen this footage for the first time tonight – when posted by the Sun. There is an ongoing police investigation, which will look at all available evidence, and we do have to respect that process.”

Stokes’s future as deputy to the England Test captain, Joe Root, and his Ashes place will now hinge on the outcomes of both the police investigations and, as a centrally contracted cricketer, an internal disciplinary procedure that is under way by his employer, the ECB.

Andrew Strauss, the England cricket director, also confirmed the 26-year-old had sustained a fracture to his right little finger during the incident. While Stokes is expected, in theory, to be fit for the first Test, his availability for the warm-up matches that begin in Perth at the start of that month would be touch and go.

Strauss said: “All we can do at this moment is deal with what we know. We have no idea of how things are going to develop from a police perspective and it would be wrong to second-guess that. We’re judging our Ashes selection on that basis.”

Asked if Stokes would remain as vice-captain, Strauss replied: “I don’t think right now is the time to comment on what may or may not happen from a disciplinary point of view. It is important that players understand and recognise their responsibilities and what potential damage can be done to both the England team and the sport if we are not seen to be good role models for the game.”

Strauss is interviewing all players out that evening – Alex Hales, the sole witness among them to the incident near the Mbargo nightclub in Bristol, is one while Liam Plunkett, Jonny Bairstow and Jake Ball were also understood to be out late. The ECB may seek CCTV footage from the team hotel. Fines could follow after the fifth ODI at the Ageas Bowl on Friday.

Trevor Bayliss, the England head coach, had on Wednesday given his support to Stokes continuing as vice-captain pending investigations but was left unimpressed with his players being out that evening midway through their series with West Indies despite there being no curfew in place from the team management.

“I have been with teams before and we have had curfews and that doesn’t work either,” Bayliss said. “Whichever way you go a lot of the responsibility comes back on to the players. They are adults and they have to take responsibility. They are professionals.”

Bayliss has promoted a relaxed team environment since his appointment two years ago but while Strauss remains in favour of this, stating it aids performance on the pitch and has produced a “tight‑knit” group, the former England captain confirmed there will be a review of procedures in light of the incident.

Asked how it could affect England’s chances in Australia, on the tour where the glare of spotlight is at its most harsh, Strauss replied: “You can go one of two ways: it can bring people closer together or it can allow people to split off into groups. I would be hopeful that it will bring people closer together and focus minds on what they need to achieve in Australia.”

The size of the task looks considerable for a squad that features established performers and those for whom there is simply hope, rather than expectation. James Vince, who takes the place of the dropped Tom Westley, sits in the latter group after seven Tests in 2016 that returned a highest score of 42 and had the catchers behind the stumps ever-ready for the latest nick.

“He’ll admit he’s got unfinished business at Test level,” said James Whitaker, the national selector who went on to talk up Vince’s back-foot game being suited to Australian pitches. Gary Ballance, the Yorkshire captain, is also drafted in to bolster the batting options, having seen his third coming as an international cricketer this summer cut short by a broken finger against South Africa.

Ballance’s challenges this winter, as he looks to reclaim the form in which he averaged 52 from the first 13 of his 23 Tests, will include the colour-blindness that could be a factor when the day-night Test in Adelaide, starting on 2 December, is played with a pink Kookaburra ball.

Overton triggered a two-match ban in 2015 after being heard telling Ashar Zaidi to “go back to your own fucking country” during a match with Sussex – he denied using the words. The seamer has taken 80 championship wickets over the past two years, impressing with his accuracy, pace and bounce from a 6ft 5in frame.

England confirmed their coaching staff for the tour of Australia, too, with Shane Bond, the former New Zealand quick, acting as a bowling consultant until the end of the second Test and Paul Collingwood hired as an assistant to Bayliss, alongside Paul Farbrace, for the entire tour. The Durham captain averages 50 in first-class cricket this season, 15 runs more than Vince.