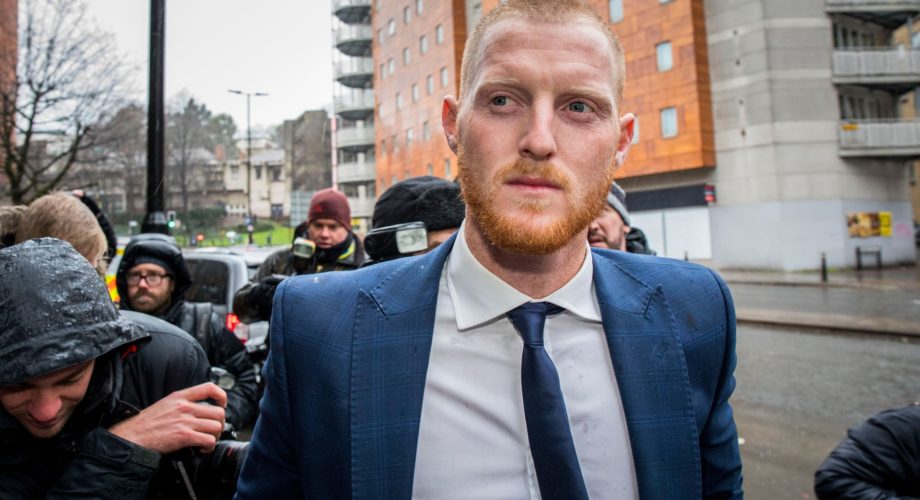 Ben Stokes, pictured arriving at Bristol Magistrates Court where he pleaded not guilty to affray.

The 26-year-old Durham all-rounder – who missed the Ashes after being suspended from playing for England – is accused of affray along with with two other men.

It follows the altercation in the Clifton Triangle area of Bristol during the early hours of September 25 last year – several hours after England had played a one-day international against West Indies in the city.

It is alleged a 27-year-old man suffered a fractured eye socket in the incident.

Ali, Stokes and Hale spoke to confirm their names, dates of births, addresses and nationalities. All three defendants indicated not guilty pleas.

The full charge sheet shows that Stokes, of Castle Eden, Durham, is accused of affray on the September 25 at Queens Road in Bristol.

He is accused jointly with Ali and Hale of using or threatening unlawful violence towards another.

The charge states that his “conduct was such as would cause a person of reasonable firmness present at the scene to fear for his personal safety”.
The other two defendants face the same charge.

Affray is an either-way offence but all three defendants elected to be tried by a jury at the crown court. The first hearing will be at Bristol crown court on 12 March. Unconditional bail was granted.

Stokes will fly to New Zealand on Wednesday to join up with his England team-mates for a one-day series which runs from 25 February to 10 March. The ECB said in a statement that he is not required by the court to attend the hearing on 12 March.

An ECB spokesperson added: “Any decision to include him in upcoming matches will be made by Trevor Bayliss and the England management team.

“ECB fully respects his right to defend himself in court and any obligations he has within the legal process will always take precedence over England commitments.”