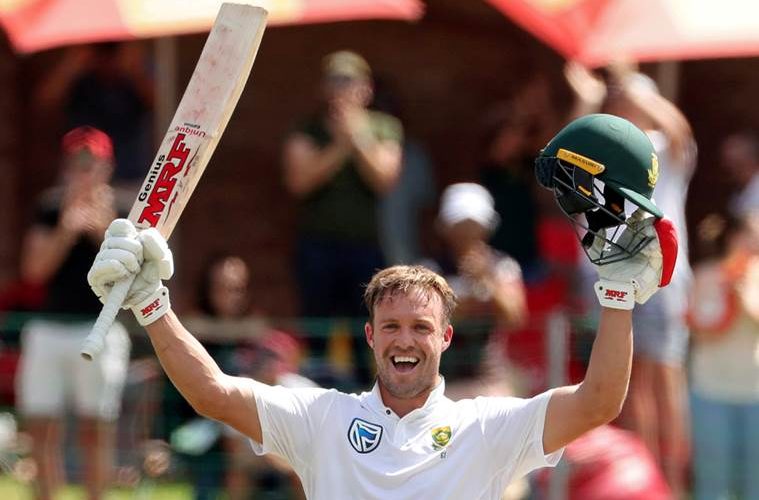 AB de Villiers, South Africa’s master batsman, described himself as having “run out of gas” after making the surprise decision to call time on his international career.

The 34-year-old right-hander, considered among the greatest of all time by his peers, bows out 14 years on from his debut in 2004, having struck 22 centuries in 114 Tests and 25 in 228 one-day internationals. Mr 360, as he is known for a dazzling array of shots, will no longer wear the Protea on his shirt.

“I have had my turn and, to be honest, I am tired,” said De Villiers in a video message posted on social media. “It’s not about earning more somewhere else. It’s about running out of gas and feeling that it is the right time to move on. Everything comes to an end.”

De Villiers hopes to continue playing for the Titans in South Africa and the Guardian understands he is looking to see out the remaining two years of his Indian Premier League deal with Royal Challengers, where his £1.4m salary per season is reportedly worth seven times his international retainer.

The decision to bow out from South Africa duty altogether – rather than specialise in a particular format, perhaps with an eye on next summer’s World Cup – is said to stem from criticism of a near two-year break from Tests from January 2016 to December 2017 and the suggestion he was “picking and choosing” his cricket.

De Villiers used this exact phrase during the announcement of his international retirement on Wednesday. Despite an impressive return to Tests this year for the wins over India and Australia at home – not least the latter, where his unbeaten 126 in Port Elizabeth turned the series – this perception appears to have put him off a repeat.

“It would not be right for me to pick and choose where, when and in what format I play for the Proteas. For me, in the green and gold, it must be everything or nothing. I will always be grateful to the coaches and staff of Cricket South Africa for their support through all these years,” he added.

De Villiers will doubtless still attract plenty of interest abroad, as the owner of the fastest ODI century – 31 balls against West Indies in 2015 – and with a Twenty20 record that boasts 45 half-centuries and three centuries from 251 matches. The England and Wales Cricket Board will be hoping he fancies a stab at the new 100-ball cricket format in 2020, too.