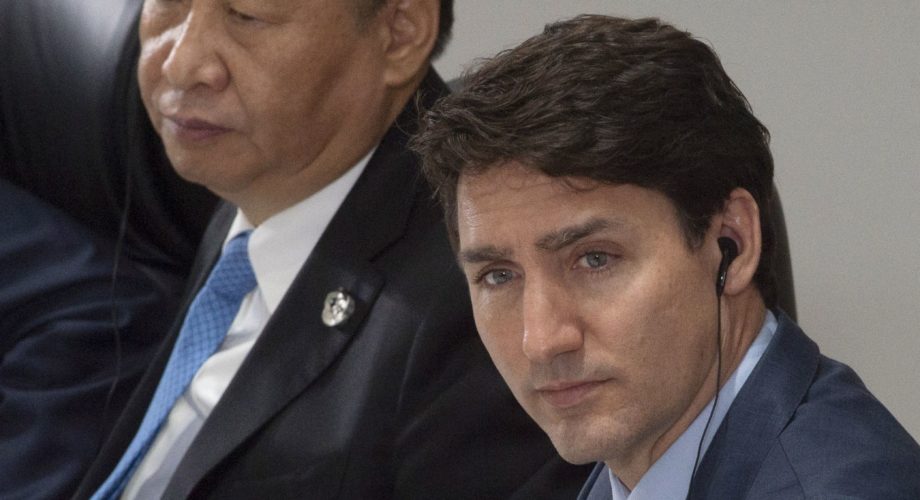 Canada is fortunate to have assembled a “broad international coalition” of countries who support Canada and believe arbitrary detentions are harmful, Foreign Affairs Minister Chrystia Freeland said Friday at the G20 summit in Osaka.

Freeland, who spoke to reporters alongside her cabinet colleague Finance Minister Bill Morneau, said China has been hearing about the detention of two Canadians from a range of countries, adding that efforts continue here at the summit.

The Prime Minister’s Office said Trudeau had “brief, constructive interactions” with Chinese President Xi Jinping on the first day of meetings at the gathering of major economies.

Video footage from a working lunch on Friday showed the two leaders sitting beside each other but not interacting for several minutes while cameras were positioned on them. Trudeau could be seen making an effort to interact with Brazilian President Jair Bolsonaro, located on his other side.

Trudeau and Xi greeted each other prior to the interaction in the footage, government officials said. And, after the working lunch, the two men briefly chatted away from the cameras.