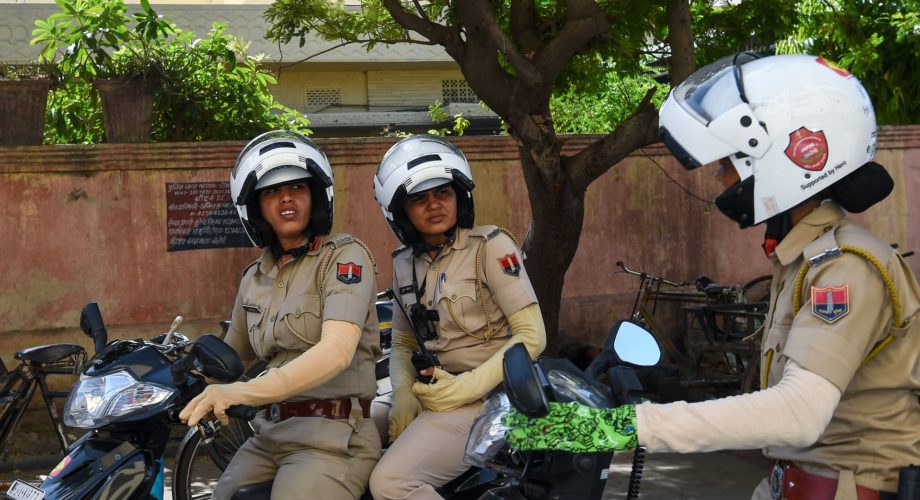 All-female police units are shaking up the male-dominated force in conservative India.

Delhi’s police force has created an all-female motorcycle squad in an attempt to tackle rising crime against women, particularly in the city’s narrow alleyways.

It is hoped that their presence will deter offenders and reassure women, who led protests against sexual assault five years ago after a brutal gang rape in Delhi. Research released earlier this month found that women who report such crimes are still routinely harassed by police or bullied into silence.

In 2016, more than 2,150 rapes were recorded in Delhi – a rise of 67% from 2012, according to police data. A poll by the Thomson Reuters Foundation in October found that Delhi, along with São Paulo in Brazil, was the world’s worst city for sexual violence against women, a fact that has earned the metropolis the tag of India’s “rape capital”.

Critics have often said that there are too few police officers to deal with the city’s 26 million-strong population, and that even if crimes are reported, they are not handled properly.

In some of Delhi’s neighbourhoods, the lanes are so narrow that they are never lit by the sun. The physical proximity of people travelling through these alleys makes it easier for offenders to grope or sexually harass women.

A spokesperson for Delhi police said that if a woman calls the force, the patrol van is unlikely to be able to get through the narrow space, with motorbikes being the only vehicle able to negotiate the lanes and traffic jams.

“The motorbike force, with its hi-tech equipment, will increase visibility on the streets and reassure women,” said Dependra Pathak, chief spokesman for the Delhi police. “Because they will zip through narrow lanes and have GPS, they will have a faster response time than patrol vans. The plan is for them to be used mostly in areas such as university areas where there are a lot of female students.”

Ravi Kant, the president of the Shakti Vahini women’s rights group, said the measure was a kneejerk reaction.

“Crimes are rising because of poor law enforcement. Criminals know they can get away with it because police investigations are so shoddy that hardly anyone is convicted in the courts. We need a holistic action plan, not this kind of reaction,” he said.

Delhi’s high court has ordered the city’s police force to develop a strategy to tackle crime against women, after repeated failures to curb cases year-on-year. Judges have directed the police commissioner to be in court on 11 December to present his full plan.