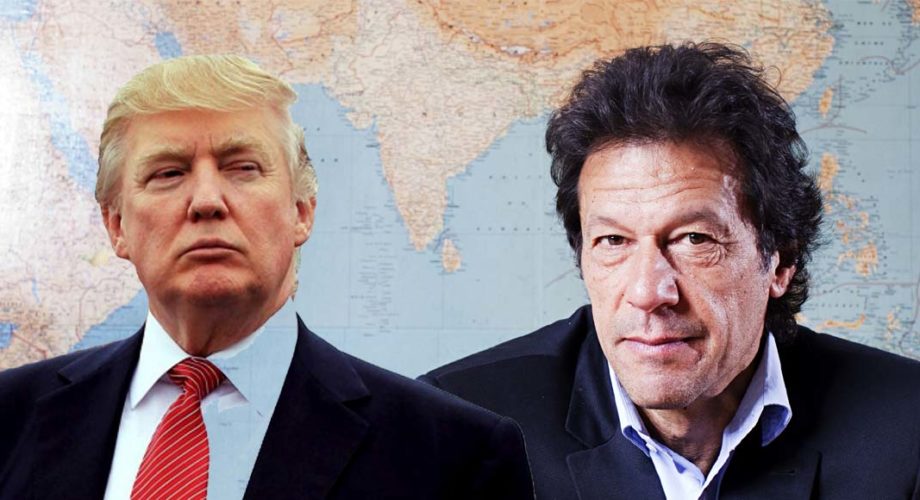 US President says another attack on India will be problematic for Pakistan.

President Donald Trump has indicated his readiness to meet Pakistan’s new leadership, amidst the ongoing peace talks between the US and the Taliban facilitated by Islamabad to end the brutal war in Afghanistan, America’s longest.

The relations between Pakistan and the US nosedived after President Trump last year accused Islamabad of giving nothing to Washington but “lies and deceit” and providing “safe haven” to terrorists.

In September, the Trump administration cancelled USD 300 million in military aid to Islamabad for not doing enough against terror groups like the Haqqani Network and Taliban active on its soil.

Trump also criticised Pakistan in a Twitter post back in November, saying Islamabad was not doing enough to stop terrorism.

President Trump made this surprise announcement on the possibility of a meeting between him and Prime Minister Imran Khan at the end of a White House media interaction on Wednesday when a journalist asked him to comment on the current situation between India and Pakistan.

“Pakistan — we’ll be meeting with Pakistan. I think our relationship right now is very good with Pakistan,” Trump said before departing the White House for a visit in Ohio.

US envoy Zalmay Khalilzad is spearheading efforts to strike a peace deal with the Taliban with the help of Pakistan.

Khalilzad, the Special Representative for Afghanistan Reconciliation, said that Pakistan has an important role to play in Afghan peace talks and cannot be under estimated, state-run Radio Pakistan quoted him as saying.

Pakistan has been bargaining for the first meeting between President Trump and Prime Minister Khan in return for Islamabad’s help in bringing the Taliban to the negotiating table. The cricketer-turned-politician assumed charge as Pakistan prime minister in August last year.

The representatives of the Afghan Taliban, the US as well as officials from Pakistan and Saudi Arabia have been meeting in Doha, Qatar. The talks were facilitated by Islamabad as Washington continues to seek an end to the nearly 18-year war in Afghanistan that has killed over 2,000 US soldiers.

The US has 14,000 troops deployed in Afghanistan. Two US soldiers were killed in an operation in Afghanistan on Friday, Fox News reported.

Friday’s deaths were the first for US forces there since January. Last year, 13 American troops died while deployed there.

President Trump’s signal that he is ready for a meeting with the Pakistani leadership also came hours after a senior administration official warned that the US remained concerned about India-Pakistan tensions as their militaries were still on alert nearly three weeks after their most dangerous confrontation in decades following the Pulwama terror attack.

India launched a counter-terror operation in Balakot. The next day, Pakistan Air Force retaliated and downed a MiG-21 in an aerial combat and captured its pilot, who was handed over to India on March 1.

The US official also warned that another terrorist attack in India could be “extremely problematic” for Pakistan and it would cause a re-escalation in tensions.

“We need to see Pakistan taking concrete and sustained action to rein in the terrorist groups, mainly the Jaish-e-Mohammed and the Lashkar-e-Taiba in order to ensure that we don’t have re-escalation (of tensions) in the region”, the official said.

“If there’s any additional terrorist attack without Pakistan having made a sustained, sincere effort against these groups, it would be extremely problematic for Pakistan and it would cause re-escalation of tensions, which is dangerous for both countries,” the official said on the condition of anonymity.