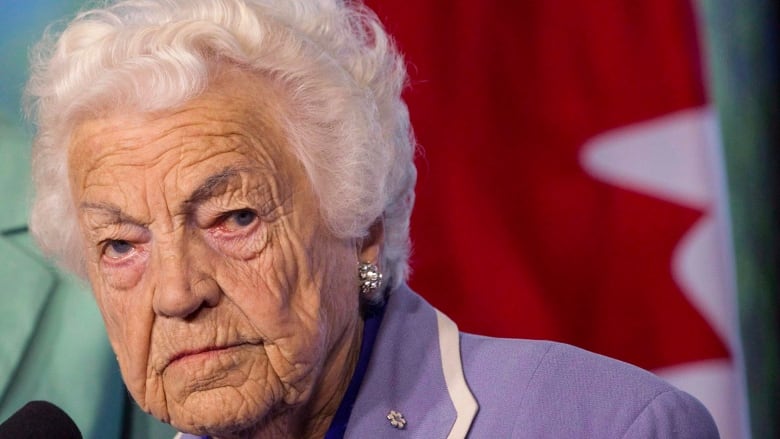 It is a birthday gift that is going to be hard to top, even for someone who has been around for more birthdays than most.

The Ontario government has announced that the currently under construction Hurontario LRT will be named ‘The Hazel McCallion Line’ in honour of the long-time Mississauga mayor, who turns 101 years old today.

The 18-kilometre line is supposed to open in 2024 and when it does it will provide a rapid transit connection from Port Credit to the south all the way up to Steeles Avenue in Brampton, with links to GO Transit’s Milton and Lakeshore West lines, the Mississauga Transitway, Brampton Transit, Züm and MiWay.

It is being built at a cost of approximately $1.4 billion.

“When the premier phones me and told me he was thinking of naming the line after me I couldn’t believe it, you know I’ve had many, many things named after me but this one is really unusual, quite unique. Buildings is one thing, but a line is quite different,” McCallion said during a press event at Cooksville GO Station on Monday. “You know, I remember when I spoke to the provincial government about the LRT and said to them ‘You paid for one in Toronto, you better pay for the next one in Mississauga’ and so that’s what happened. The LRT is going to be such an asset to the city.”

McCallion ended her 36-year tenure as Mississauga’s mayor in 2014.

In a news release, the province said that McCallion is a “trailblazer and inspirational figure in Canadian history, and it is only fitting to have her legacy honoured today, on her 101st birthday.”

“The Hazel McCallion Line will be a gamechanger for the people of Brampton and Mississauga,” the release states.