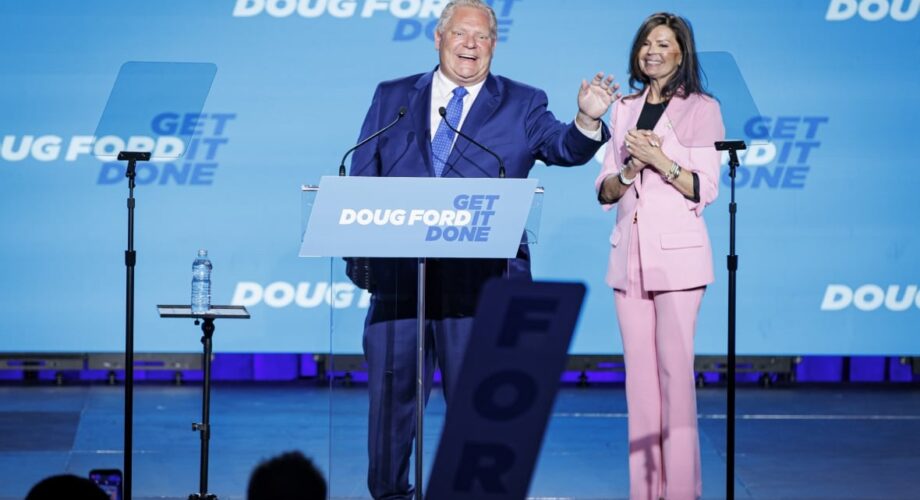 Doug Ford, with his wife, Karla, by his side, was re-elected premier of Ontario Thursday.

Doug Ford’s journey to winning the Ontario election and securing a second straight majority really began on St. Patrick’s Day in 2020, the day he declared a state of emergency over the COVID-19 pandemic.

Until that moment, Ford’s Progressive Conservative government bore the aroma of a one-term wonder, mired in nepotism scandals and so unpopular that the premier got booed at the otherwise joyful Toronto Raptors victory parade.

Yet Ford has led his Ontario PCs to a bigger victory than in the last election, with 83 seats, leaving the New Democrats and Liberals in his dust and in search of new party leaders.

How did he and his party pull off this stunning recovery?

A key factor was the image Ford cultivated in 200-plus news conferences during the first year of the pandemic.

Whatever you think about the way he reads from a Teleprompter or his, “God bless the people of Ontario,” closing, Ford used those appearances to rehabilitate his reputation

There’s no doubt that his government’s response to the pandemic was flawed, and that eventually dragged down approval of Ford. There were plenty of voters who wanted Ford out.

But there’s also no doubt that a significant chunk of Ontarians are tired of the pandemic and want to move on. Ford’s party capitalized on that, and its “Get It Done” messaging likely resonated with those who are “done” with COVID-19.

Between those two COVID-related factors, here’s how it worked out: enough of the public in enough ridings gave Ford a passing grade to pave the way to an election win.

The election was in many ways a referendum on Ford. Polling shows few in Ontario are neutral about him after four years as premier and so much time in the pandemic spotlight.

The steadiness of the polling numbers through the campaign and Thursday night’s election result suggest that those polarized opinions about Ford were entrenched. There seemed little the opposition parties could say or do to persuade folks who were already on Ford’s side to turn against him.

For evidence of Ford’s ability to bring not-traditionally-conservative voters into the PC fold, look at where his party won seats.

Places that vote reliably Liberal at the federal level, such as Mississauga, Vaughan and Scarborough, stayed with the PCs. Clearly, some sizable number of voters who marked their ballot for Ford’s party this time also voted for Justin Trudeau’s Liberals last September.

Even more remarkable — and something that should worry the NDP and its next leader — was the success of the PC pitch to workers. The party succeeded in capturing such ridings as Windsor-Tecumseh and Essex in the heart of the auto sector, Hamilton East-Stoney Creek in Ontario’s Steeltown, and Timmins

The idea that Doug Ford’s Conservatives are on the side of workers has got to be one of the most magical bits of political alchemy ever performed in Ontario. This is the same party that within months of forming government scrapped a law giving workers the right to two paid sick days, froze the minimum wage and made it harder to join a union.

Partway through their mandate, the PCs realized treating employees this way risked exposing the “For the People” slogan Ford ran on last time as empty words.

The electoral problem this posed for Ford became apparent. Government sources tell me that Labour Minister Monte McNaughton sold cabinet on the shift, and party strategists began trying to cultivate the pro-worker perception last fall. As a PC campaign source told me at the time, there are more employees who vote than business owners who vote.

Ford’s promise to build Highway 413 brought enough construction unions to his side that the PCs were able to leverage that symbolism into additional seats. It also clearly helped in Brampton, where they snatched three new seats from the New Democrats. 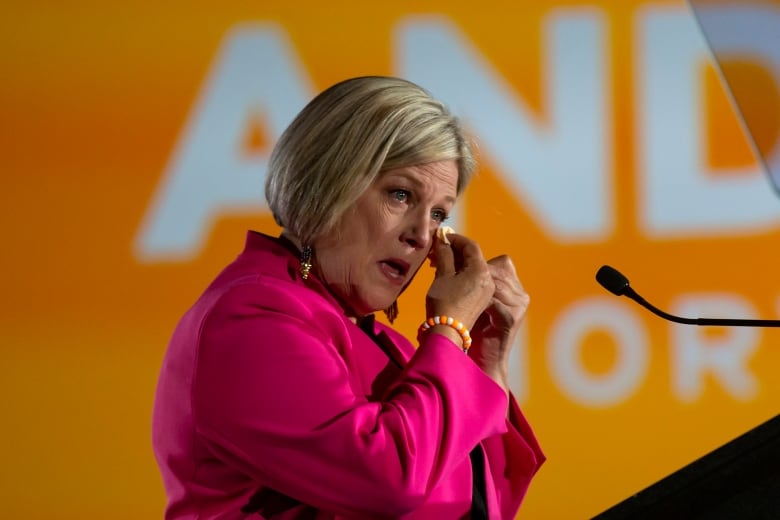 Ontario NDP Leader and MPP for Hamilton Centre Andrea Horwath wipes a tear as she announces her resignation as party leader in Hamilton, Ont., on Thursday. Horwath had contested her fourth election at the party’s helm.

In the referendum choice between Doug Ford and not Doug Ford, voters looked at the two main alternatives: Liberal Leader Steven Del Duca and NDP Leader Andrea Horwath. Significantly more people decided Ford would be a better premier than either. Their back-to-back resignations underlined just how resounding the PC victory was.

Horwath’s tearful election night speech was possibly the best she has given in her 13 years as party leader, speaking straight from the heart. New Democrats had told me in recent days that Horwath’s time was up, and that she knew it. 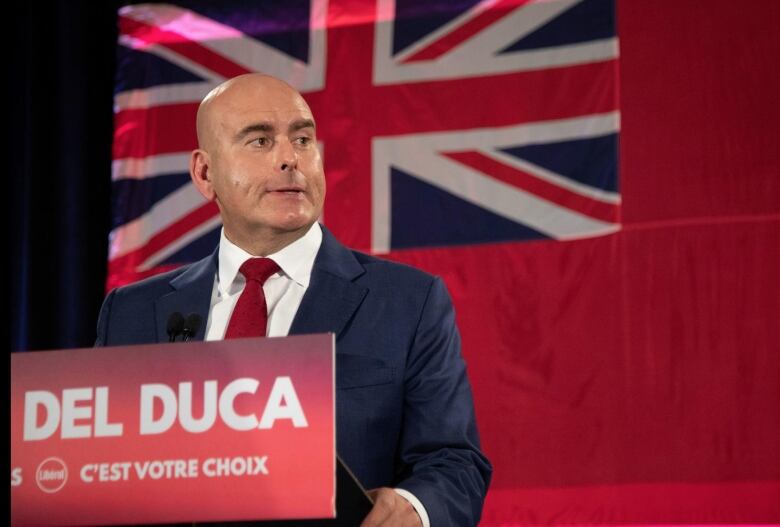 Steven Del Duca failed to win his seat of Vaughan-Woodbridge and his Liberal Party did not regain official party status in Thursday’s election. Del Duca announced his intention to resign as leader.

Although Del Duca did not shed a tear in his speech, looking and sounding numbed by the dismal result, he can’t be feeling any less pain than Horwath, having led his political team to one of the worst defeats in its history.

Green Party Leader Mike Schreiner acknowledged off the top of the campaign that he would not become premier. A not-infrequently overheard comment from voters during the campaign, and especially after Schreiner’s performance in the debate, was that the other parties would have stood a much better chance of winning had he been their leader.

The result shows the front-runner play-it-safe campaign strategy employed by the Ontario PC Party worked. As frustrating as it was for journalists that Ford went days at a time without taking questions, that didn’t matter to the more than 1.9 million Ontarians who voted PC.

Ford has grown in his ability to stay on message, mainly by not actually answering the questions journalists put to him. It used to be that his combative instincts led him to take the bait more often, and his communication aides would nervously watch his news conferences wondering what might come out of his mouth.