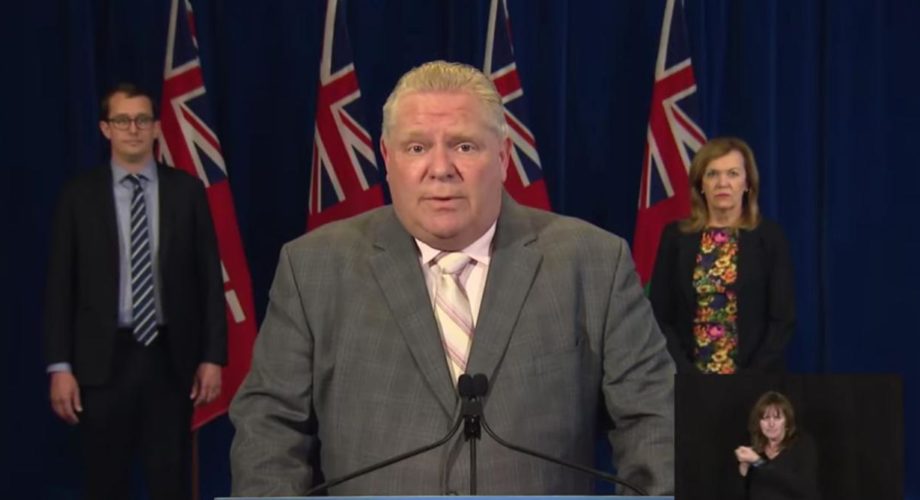 Ontario’s government reported 184 new COVID-19 cases on Tuesday, while the number of people hospitalized with the illness continues on a downward trend.

The 0.6 per cent increase in cases brings the cumulative total in Ontario to 32,554, and marks the third day in a row where Ontario is reporting fewer than 200 cases.

Of those confirmed cases, just over 84 per cent are resolved. Some 218 cases were marked resolved on Monday.

The province completed 21,724 tests yesterday, with 17,920 currently under investigation. That’s the fewest number of tests seen in the province in six days, though Minister of Health Christine Elliott said in a tweet Tuesday that “Ontario remains the leader in daily COVID-19 testing in Canada and our positivity rate continues to be at all-time lows.”

There are 413 patients currently hospitalized with the illness, down slightly from 419 the day before. The number of patients in intensive care units also dropped slightly, down to 98 from 104. Elliott said on Twitter that this marks the first time ICU admissions have been below 100 in the province since March 29.

The number of people on a ventilator in Ontario went up one, to 70.

“Locally, 27 of Ontario’s 34 public health units reported five or fewer cases, with 14 of them reporting no new cases at all,” Elliott said. “We’re continuing to monitor case numbers in Toronto, Peel and Windsor as we assess when they might be ready to enter Stage 2.”

Those three health units will be the only ones in the province still in the first stage of reopening as of this Friday, with the province poised to ease restrictions elsewhere.

Ontario’s official COVID-19 death toll grew by 11 and is now 2,538. A CBC News count based on data from regional public health units puts the real toll at at least 2,579.