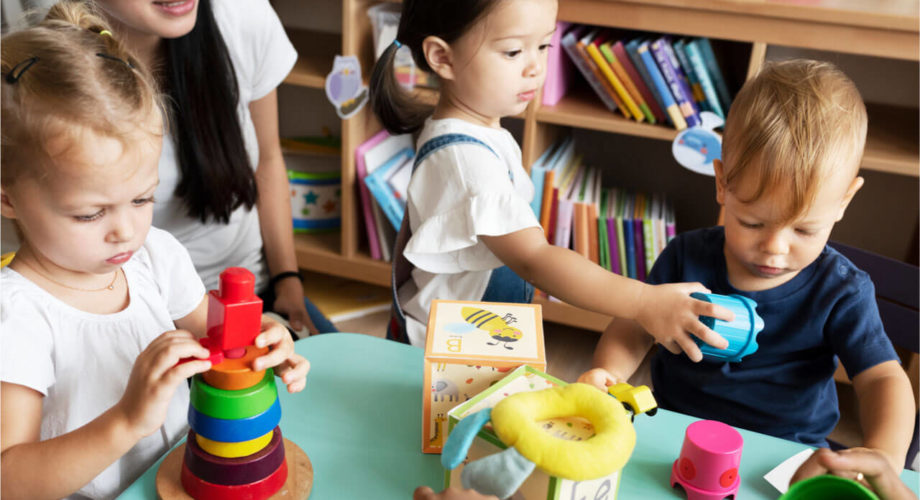 Some child-care operators have remained open throughout the pandemic to provide emergency service to the families of front-line workers.

Ontario will allow child-care centres across the province to reopen starting Friday, provided they adhere to strict public health measures including capacity limits, enhanced screening for symptoms and a ban on visitors.

“We will take every measure necessary to keep the staff and the kids healthy,” Ontario Premier Doug Ford said at a news conference Tuesday.

The new restrictions include:

While the centres will be permitted to open as soon as Friday, when Ontario enters the next stage of its reopening plan, the province acknowledged that many centres will need more time before they open their doors.

“We know some of them will take additional time,” said Education Minister Stephen Lecce.

Local medical officers of health will also need to approve the reopenings before they are permitted.

With new limits on the number of children permitted in most centres, the province said it would give priority to essential workers, including those currently using the emergency child-care centres set up during the crisis. Those centres are scheduled to close on June 26.

Additionally, parents who do not wish to send their children to a child-care centre will not be charged and will maintain their space, Lecce said.

Officials did not make clear what would happen if there is a greater demand for child-care than available spaces due to the new size caps, though Lecce said the government is working off “assumptions” that some parents will choose to keep their children at home.

Ontario reported 230 additional cases of COVID-19 on Tuesday, a second straight day with fewer than 250 new daily cases, but the number of tests processed by the province fell below the target of 16,000.

The 0.7 per cent increase is the lowest growth rate seen in Ontario since early March and brings the total number of cases since the outbreak began to 31,090 — about 80 per cent of which are resolved. Some 337 more cases were marked resolved yesterday.

Of the seven, only Wellington–Dufferin–Guelph has been cleared to move into the next phase of the province’s reopening plan on Friday.

The province’s network of about 20 community, commercial and hospital labs processed 13,509 test samples yesterday, the fewest on any single day in nearly two weeks. The system has capacity to handle up to 25,000 daily, according to the Ministry of Health. However, more than 20,000 samples were added to the queue yesterday, so its likely that the number of completed tests will rise tomorrow.

Ontario’s official COVID-19 death toll grew by 14 and is now 2,464. A CBC News count based on data from regional public health units put the real current toll at 2,508. About 77.5 per cent of all deaths were residents of long-term care homes.

Meanwhile, the number of patients in Ontario hospitals with confirmed cases of COVID-19 continues to decline, down three to 600 today. Those being treated in intensive care units fell slightly as well to 116. But patients requiring the use of a ventilator went up by seven to 88.

Starting Friday, restaurant patios, hair salons and swimming pools will reopen as the province takes a regional approach to restarting the economy.

The limit on social gatherings will increase from five to 10, but people must still stay two metres away from anyone outside their own household.