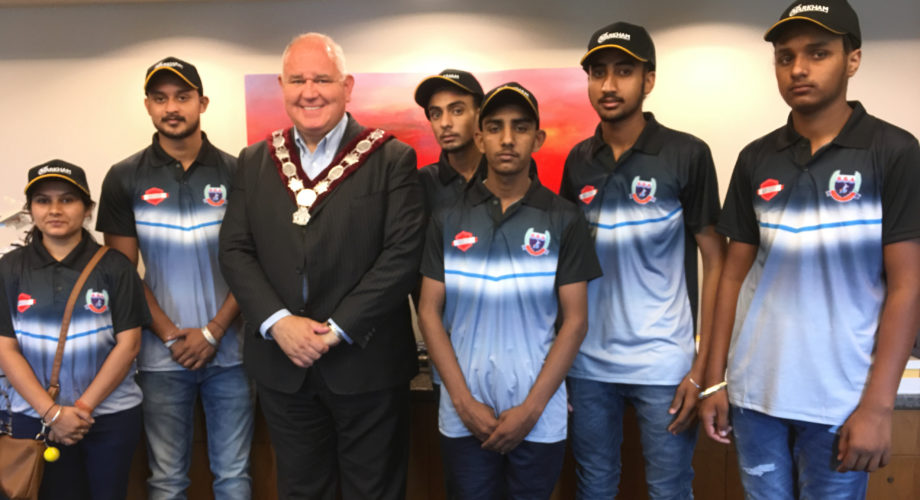 The mayor of Markham Frank Scarpitti personally welcomed the youth members at his office in Markham City Hall on June 18, 2018. The mayor spoke about a multicultural Markham and the city’s leadership in encouraging such visits in building bridges and boosting the sports ties between Canada and India. The mayor was kind enough to spare time out of his busy schedule and make the visiting party home.

“Markham has plenty to offer in a diverse setting and we welcome youth delegation from India to experience by themselves on this unique opportunity what the city has to offer,” Scarpitti addressed to 6-member tennis youth team.

Mayor also spoke about the large South Asian diaspora contributing to the city of Markham and the city offering its residents with world-class opportunities to live, work and play. He talked about the city as Canada’s most diverse community which enjoys a rich heritage, outstanding community planning and services, and a vibrant local economy.

The delegation from Punjab, India visited Markham for a week to undergo tennis coaching and play some recreational games. The youth members were encouraged to use the power of the game to move forward and make a difference in their life.

Community leader Arun Prasad was instrumental in the getting the tennis delegation from India to Canada. A great tennis enthusiast, Mr Prasad took them to a tour of the Markham City Hall and talked about the great city and its traditions.

Tennis Canada coach Andy Sutton later coached them personally guiding them how to be on top of their game. His assistant Tyler also provided the coaching next day.