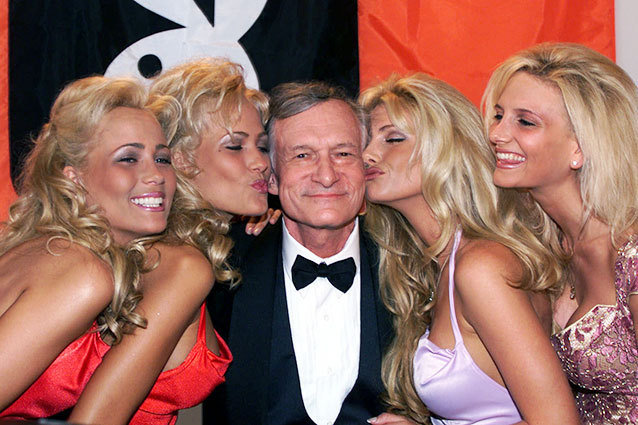 In the almost 60 years since he published the inaugural issue of Playboy, Hugh Hefner has regularly interacted with some of the most beautiful women on the planet.

Hefner, who founded the men’s lifestyle magazine in 1953, died at his home, the Playboy Mansion in Los Angeles, the publication announced.

Cooper Hefner, Hefner’s son and chief creative officer of Playboy Enterprises said in a statement: “My father lived an exceptional and impactful life as a media and cultural pioneer and a leading voice behind some of the most significant social and cultural movements of our time in advocating free speech, civil rights and sexual freedom. He defined a lifestyle and ethos that lie at the heart of the Playboy brand, one of the most recognizable and enduring in history.”

Hefner, who was born in Chicago in 1926 to Methodist parents, graduated from the University of Illinois and worked as a copywriter for Esquire before launching Playboy magazine in December 1953. The first issue, produced from his kitchen and financed with $8,000 from investors, featured a nude photograph of Marilyn Monroe and sold over 50,000 copies.

The magazine became known for its sexually explicit content, as well as its publication of writers such as Ray Bradbury, Ian Fleming, Joseph Heller, Jack Kerouac and Margaret Atwood.

Circulation grew quickly after launch, reaching a circulation of 200,000 within its first year and more than 7 million by the 1970s. Asked what he was most proud of in 1992, he told the New York Times: “That I changed attitudes toward sex. That nice people can live together now. That I decontaminated the notion of premarital sex. That gives me great satisfaction.”