How GT20 can be a game-changer for us Canadian? 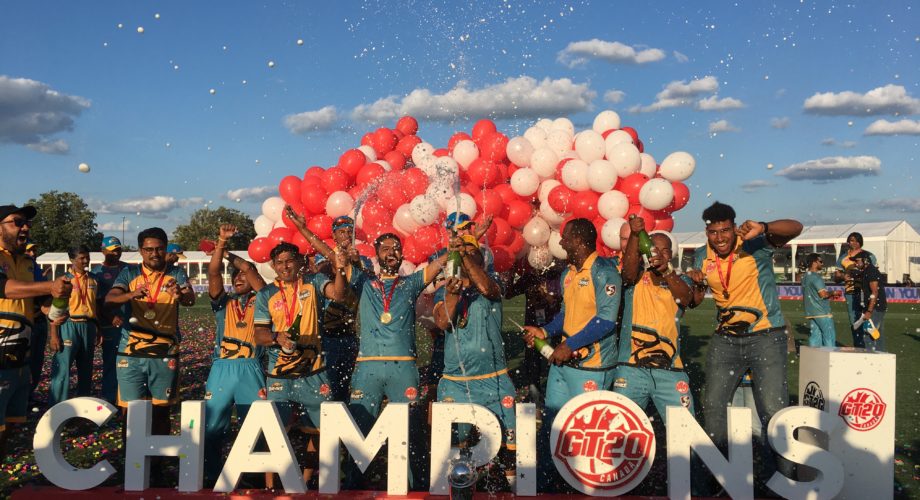 The biggest stumbling block for any sports to grow at the highest level is lack of money and cricket is no exception. For many years Cricket in Canada suffered due to various reasons but mostly it suffered was due to lack of vision and ability on the part of Cricket Canada management team to mobilize fund through sponsorships. It is a great irony that only source of fund for Cricket Canada till 2017 was an ICC fund and government funding. Only with the advent of GT20 in 2018, a new source of funding has been started.

National academy, a dedicated stadium, more and better grounds, and cricket at the school level are some of the basic needs for sports to grow and so far Cricket Canada has failed on these accounts! It is a different story and debate as to why it failed. But I would like to add that indifference of government at different levels was also one of the main reasons for the failure, though one can always debate why cricket management failed to impress the government at different levels?

Nevertheless, GT20 has brought that hope for Canada. The tournament gives a perfect platform for Canadian players to horn their skills and showcase their talent and get noticed throughout the world. I am very sure that the way some Canadian players have improved their performance this year, it is more than likely that even more Canadian players will make their impact in the coming years.

A perfect situation for Cricket Canada to build a brand. But let’s not forget that the GT20 league is also a business proposition and needs to be cost-effective to be able to sustain for a longer period!

As tournament organizer themselves might have realized that without a dedicated stadium, running the show for the long term won’t be cost-effective. The good news is that for the first time we have a city mayor who is a sports enthusiast and who also cares for sports-Cricket. He has produced results to be seen on the ground as far as sports development in Brampton is concerned and too in a very short period of time.

The bigger question is that if Cricket Canada can use this window of opportunity and provides wings to the long awaited dream of the dedicated stadium and the national academy?

Cricket analyst Devesh Shankar is well-known for his coverage of young Canadian cricketers and he frequently appears on TAG TV with his widely popular talk show ‘Straight Bat’.