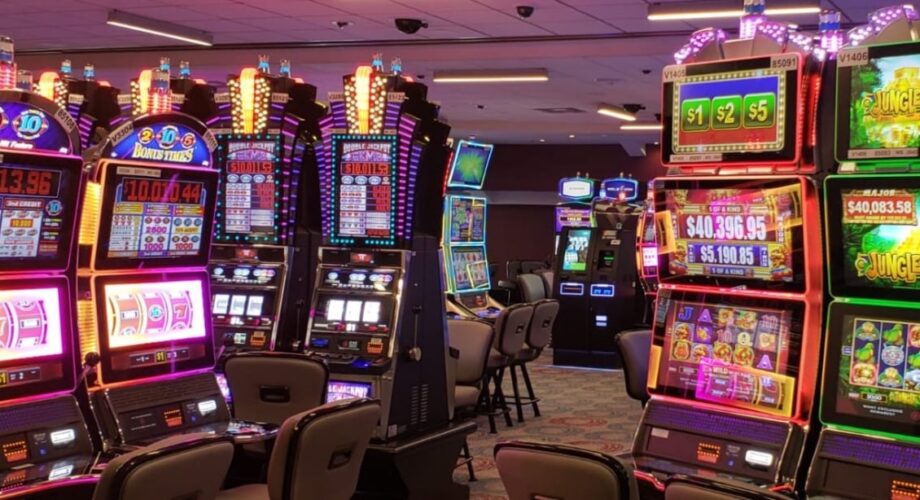 Casino Woodbine brought in net revenue of nearly $1 billion in 2019-20, more than any other casino location in Ontario, according to a consulting firm's report on the province's gambling industry. Casinos turn 55 per cent of net revenue over to the province through Ontario Lottery and Gaming.

As Premier Doug Ford’s government prepares to open up the online gambling market in Ontario, there’s a warning that its plans could see the province and municipalities lose out on hundreds of millions of dollars in annual revenue.

That warning is in a new report by a gambling industry consulting firm, obtained by CBC News. The report was prepared for Great Canadian Gaming, the company with the largest share of Ontario’s casino market.

Even though Ontario will have a new source of revenue from taxing the newly regulated online gaming sites, the report argues that the province will end up short-changed. That’s because it predicts a big shift in spending from land-based casinos to internet gaming.

Because the tax rate Ontario is expected to impose on online gambling sites is much lower than the percentage the government takes from casino spending, the report concludes that the province stands to lose out on $550 million in annual revenue for a total of $2.8 billion over the next five years.

Pre-pandemic, annual provincial revenues from lottery and gambling amounted to as much as $2.5 billion.

But companies involved in the online gaming sector say the report’s conclusions are flawed.

In particular, they question the key assumption underpinning the report: that existing casino customers will suddenly start spending much less of their money in casinos and more on internet gambling websites that are already available to them.

“When the regulated market opens in Ontario, nothing is going to change in respect to players’ entertainment habits,” said Jeffrey Haas, senior vice-president of DraftKings Inc., which offers U.S.-based online sports betting and online casino products.

It says the government’s proposed “open licence” model for e-gaming will result in online sites more than tripling their share of Ontario’s overall gambling market, estimated at around $7 billion a year.

“If an open-licence e-gaming model is implemented in Ontario, e-casino would capture a significant share of the total casino market,” says the report, basing that conclusion largely on the U.K.’s experience after opening its e-gaming market in 2005.

Land-based casinos in Ontario must currently hand over 55 per cent of net gambling proceeds to the province. The Ford government has yet to announce what percentage it will take from regulated online gambling sites, but the report bases its assumptions on a 20 per cent tax rate, which industry sources say is likely accurate.

Finance Minister Peter Bethlenfalvy, who is responsible for Ontario’s internet gambling regime, declined a request for an interview.

Ontarians spend up to $1B a year gambling online

Ontario’s casinos have been hammered during the COVID-19 pandemic. They were completely shut down for months, and when they were allowed to reopen, they faced capacity limits. Travel restrictions at the border also meant casinos in such cities as Niagara Falls and Windsor were starved of their U.S. customers.

All casinos in Ontario are currently shut down right now under the province’s latest restrictions, brought in on Jan. 3 as a result of the Omicron variant of COVID-19.

Industry figures estimate that Ontarians spend some $500 million a year on internet gambling, nearly all of it on companies that operate outside of the province. The provincial government puts the figure at $1 billion.

Sites such as PokerStars, JackpotCity and Bet99 advertise widely to Ontario audiences, and there is no enforcement stopping Ontario residents from gambling online through sites based in other jurisdictions.

Last July, the government announced the creation of iGaming Ontario, the agency that will oversee the online gambling offered by the companies that sign agreements with the province.

Ontario’s casino operators want to have a role in the online gaming market, and a level playing field with the online-only operators, said Burns.

“They’re anxious to be able to participate and compete and create an opportunity for their own customers who may be gambling on other people’s sites, to try and bring them back into their business,” he said.

The consultant’s report predicts the changes will result in land-based casinos shrinking their workforce by 25 per cent, resulting in the loss of some 2,500 jobs.

Ontario municipalities that host casinos would also lose out on $35 to $40 million in annual revenue, according to the consultant’s report.