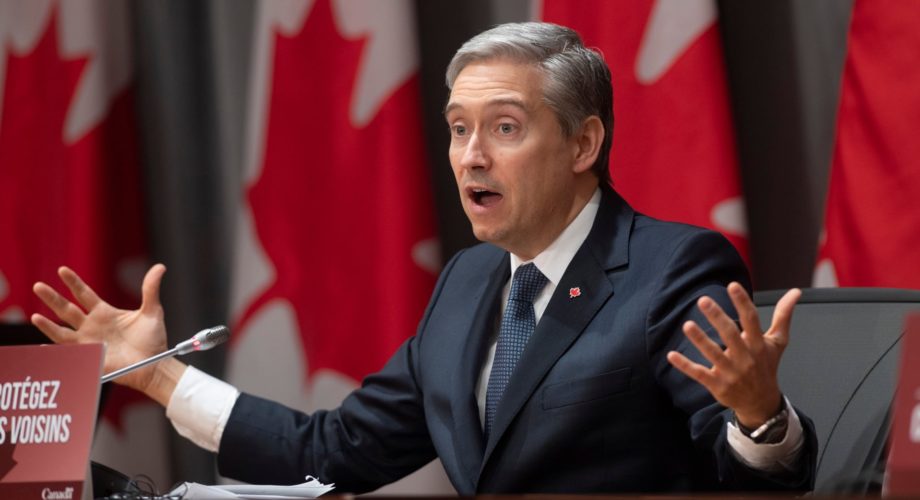 The foreign affairs minister, François-Philippe Champagne, has said there is no clear evidence that Canadian military hardware was being used for Saudi human rights violations.

Canada sold a record amount of military hardware to Saudi Arabia in 2019, despite sharply criticizing its poor human rights record and placing a moratorium on any new exports to the kingdom.

Newly released figures show Canada sold nearly C$3bn (US$2.2bn) worth of military equipment to Saudi Arabia in 2019 – more than double the total of the previous year, reported the Globe and Mail. The bulk of the exports were light armoured vehicles, part of a deal with the Saudis worth C$14.8bn.

The record figures come despite a moratorium on export permits following the killing of the Saudi journalist Jamal Khashoggi and mounting civilian deaths from the war in Yemen. The ban on new permits appears to not have affected existing contracts.

“I struggle to know what ‘moratorium’ means to this government, because to me, when there’s a moratorium on something, you can’t increase the sales of that thing. And exactly what seems to have happened,” said Mark Kersten, deputy director of the Wayamo Foundation. Advertisement

“I can’t understand for the life of me, why the government wouldn’t say anything about it, unless it just simply didn’t want the public to know, because it looks awful.”

The multi-billion-dollar arms deal with the kingdom was initiated under a previous Conservative government in 2014, but continued under the Liberals.

At the time it was signed, it was the largest export deal in Canada’s history, making the country the second-largest arms exporter to the Middle East.

Rights groups, academics and policy advisers have long called on Trudeau to cancel the deal, and follow the example of Germany and Sweden which both cancelled arms contracts with Saudi Arabia following public outrage over Khashoggi’s murder.

The Liberal government argued that Canada would incur billions of dollars in penalties if it tore up the contract.

After a government review, the foreign affairs minister, François-Philippe Champagne, said in April that there was no clear evidence that Canadian military hardware was being used for human rights violations in Saudi Arabia.

“Maybe this government thinks that Canadians won’t judge it by successes or failures abroad, that they’ll ultimately win re-election based on what happens domestically,” said Kersten. “And so you end up in a situation where the government makes working with this horrible criminal regime an issue of taxpayers and jobs – and not about a courageous feminist foreign policy or the image of Canada itself.”