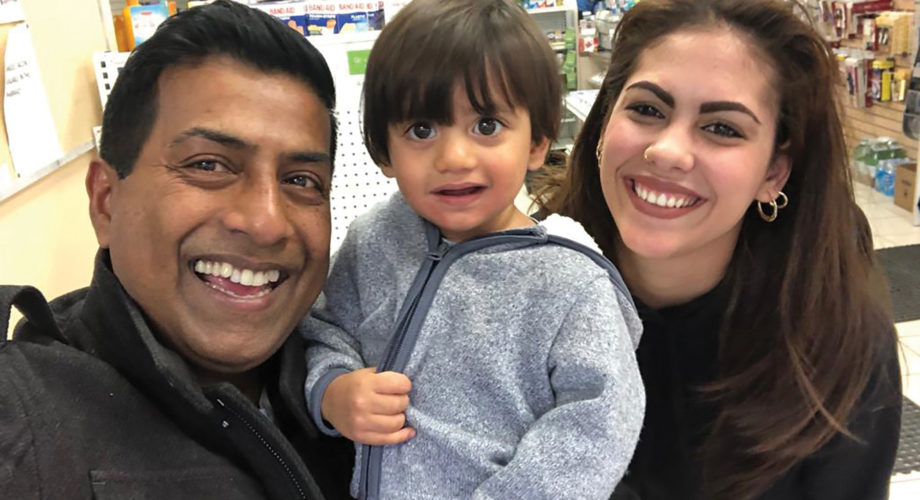 It’s Christmas time and everyone loves a story that warms the heart and brings joy. Here is one that tugs at the heart strings…how a Canadian man found his true love in the island nation of Cuba.

Norman Karkada’s quest for lasting love has resulted in a fairy tale ending on the pristine beaches of Cuba. Finding true love is not always easy. Surviving a long-distance relationship and marriage is even harder. But Norman and his beautiful wife, Thaimi, made it happen through honesty, dedication and many sacrifices.

What makes this journey so beautiful is how a successful, hard-working Canadian blended with a simple and down-to-earth Cuban family, who not only readily accepted Norman, but showered him with affection and love, making the transition easier  and smoother for him.

Thaimi, the daughter of a nurse and a barber, never for one instance doubted the intention of Norman. Through the long-distance romance, and despite the challenges of language and communication, their trust, love and respect for each other was unwavering and unquestionable, growing even stronger with marriage.

“I’ve grown up watching Indian movie and movie stars but Norman was the first Indian I met in person and now I have little Indian, Norman Caleb in Cuba, whenever his dad is away,” says Thaimi.

A year later, Thaimi and Norman had a son and they named him Norman Caleb. The family was now complete.

Over, the past two years, Norman Karkada has been slowly assimilating into the Cuban culture. He likes the simplicity of life of resolute Cubans. Cuba is changing gradually for the better and he has witnessed it first hand. At first, the Cubans regarded him as a foreigner, but slowly and surely he become one of them.

“I was completed besotted by this country and the people and when I found my wife, I was further drawn into the beautiful culture, cuisine and music of Cuba. The day to day life of ordinary Cubans and their simple lifestyle make this nation amazing,” says Norman.

“Cuba is a nation built on great values, strong leadership and self-reliance with the government offering great education and healthcare at no cost to its people,” Norman adds. Having grown up in India and lived in Canada for 18 years, Norman is happy to embrace a new life and dwell upon new opportunities to make a difference and is hopeful many foreign companies will see the same potential and consider business investments in Cuba.

Currently, the Karkada family is building a house in Cuba where they intend to raise their child. Norman has invested his life’s savings to give his family a better life and a place his son can call home, forever. He adds, “I call all the Cuban workers artists since they are so talented and they work with passion. I wanted to build a home which is energy efficient and simple, yet engineered well for safe living.”

This house is also a testament to commandant Fidel Castro, the beloved Cuban leader who successfully spearheaded Cuba’s modern era,  and the Cuban people, who are simple and always welcoming. “ Cuba is a great place, where I can raise my family and teach my son cultural values this country takes prides in,” says Norman.

Norman, nicknamed ‘LexusSalesPro’, enjoys his job as corporate accounts manager with a Lexus dealership in Canada. Several awards and honours bear testimony to his successful career. Norman is looking to use his expertise and channel his energies to do some good for ordinary Cubans. Teaching English, volunteering in the community and helping the local economy with his sales expertise are some contributions that Norman is looking forward to engage in.

“The Cubans have welcomed me as one of them and in appreciation,  I want to give back as a resident of this great country,” says Norman.

He is all set to put his best foot forward  – on the same beautiful beaches where this beautiful love story began.