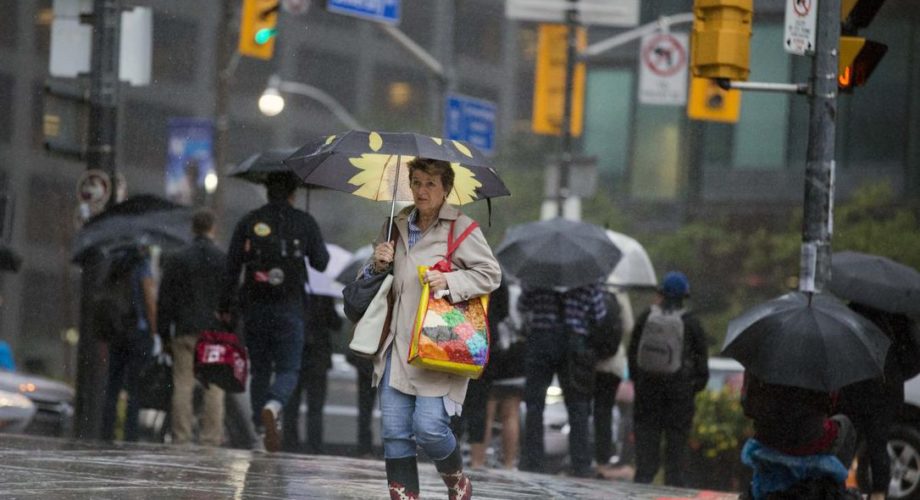 Expect to get a little wet if you’re walking to work today. Monday’s going to be a soggy one.

Toronto is facing heavy rainfall Monday as the remnants of a tropical depression makes its way to the GTA.

Thousands of customers in Etobicoke lost power due to the weather, Toronto Hydro said. Approximately 1,072 were affected in the area of Burnhamthorpe south to Dundas, Kipling east to Islington, while another 1,460 people were hit in the Park Lawn and Royal York areas.

Power was restored to the Park Lawn area around 11 a.m., and to the Burnhamthorpe area shortly after.

Amounts between 20 mm and 40 mm are expected before the rain tapers into showers Monday evening.

“If visibility is reduced while driving, turn on your lights and maintain a safe following distance,” Toronto Hydro said in a release.

Warnings were issued for the Niagara, Elgin, Simcoe, Caledonia and Haldimand regions as “significant rainfall” near 50 mm is expected Monday.

“Localized flooding in low-lying areas is possible” in those regions, Environment Canada said.