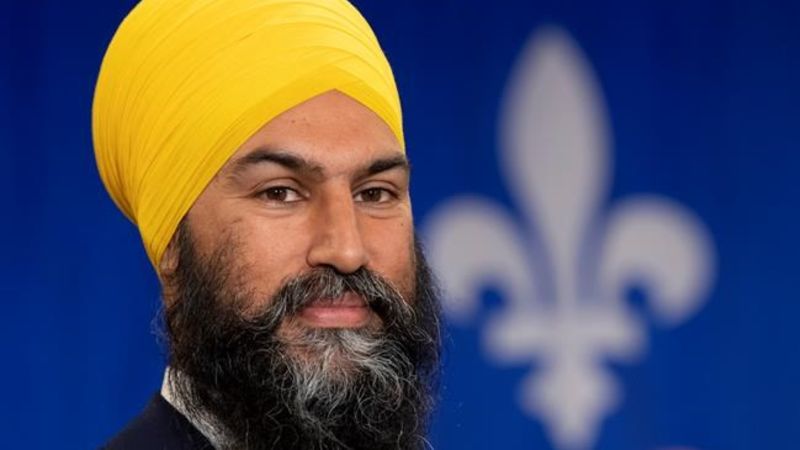 Party dropped from 39 to 24 seats in Monday’s vote

NDP Leader Jagmeet Singh said today he’s “not at all” concerned about possible questions regarding his leadership following his party’s loss of 15 seats in Monday’s election, and promised again to fight for New Democrats’ priorities in the new minority Parliament.

“We’ll respect the choices that Canadians have made and we’ll approach building the new Parliament with open minds and an open heart,” he told reporters Tuesday morning.

Voters in Quebec delivered one of the party’s biggest losses of the night, sending just one of 14 NDP MPs from the province back to the House of Commons.

Singh, his voice a bit hoarse after weeks of campaigning, said that while the NDP has lost some great MPs, he would keep fighting to “deliver” on the party’s core issues, such as health care, housing, student loans and climate change.

Singh tipped his hand on Day 30 of the campaign, laying down six “urgent” policy priorities he’d bring to the table when negotiating with a minority government.

The morning after the results came in, Singh said he wouldn’t negotiate his priorities in the media.

“In the days ahead I’m going to sit down with my new caucus and we’re going to lay out our plans to see how we can work hard and fight for those priorities,” he said.

Toward the end of his first campaign as party leader, Singh scored favourably on multiple polls asking Canadians their opinions of the five federal leaders. That didn’t always translate into wins for the party in ridings across Canada.

“Not at all,” Singh said, when asked if he’s worried about a possible leadership challenge within the party.

“We’re really proud of how far we’ve come. We’ve come a long way and this campaign really mattered and it made a massive difference.

“There is obviously a lot more work that needs to be done but we have built a strong foundation.”

The NDP dropped to fourth place overall with 24 seats, overtaken in third place by the Bloc Québécois. The party started the campaign with 39 seats and had 44 at the end of the previous election, when Thomas Mulcair was leader.

In terms of general vote share in Monday’s election, the NDP dropped nearly four percentage points below its 2015 showing.