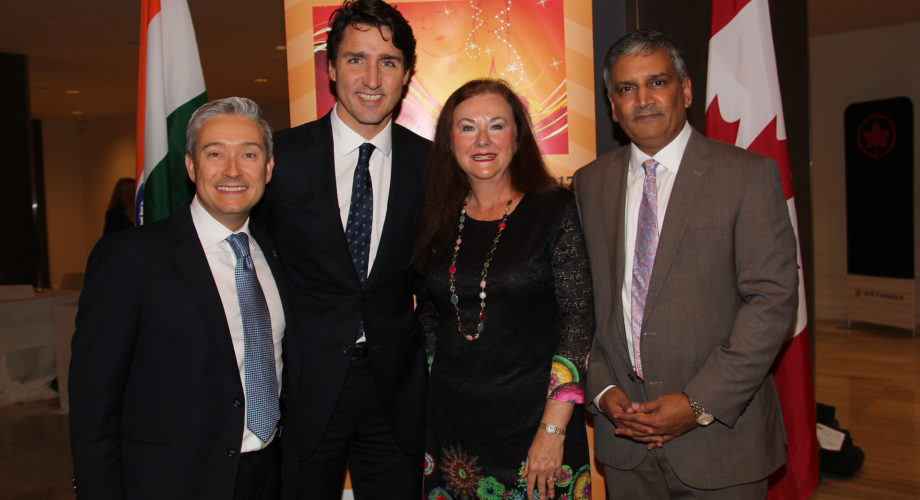 Hosted by the Canada-India Business Council (C-IBC) in collaboration with the Indo Canadian Business Chamber (ICBC), the forum aims to boost trade and investment between Canada and India, at a time when there is a strategic window for new opportunities.

The gathering will include participation by senior representatives of corporate India and Canada as well as senior government representation. It takes place just weeks after the C-IBC hosted Prime Minister Justin Trudeau as special guest at the council’s annual dinner in Toronto celebrating Diwali, the Indian Festival of Lights.

“The Prime Minister’s participation at the Annual C-IBC Diwali Gala was a foundational moment in the bilateral economic relationship between two great countries. The multi-ministerial presence in India next month will provide momentum,” said Kasi Rao, C-IBC President and CEO.

“This year’s Mumbai Forum is already receiving interest that we had not before. Global surveys show that both India and Canada rank at the top in the trust we have in our governments,” Mr. Rao said.

“The strategic window ahead is open for us, to move from confluence to convergence on trade and investment, and the broader innovation space. India is growing and in Canada we are diversifying our markets. Our organization intends to play our part in this deepening economic relationship and we’re delighted that so many of our business leaders agree.”

He said that three Ministers will be in India next month: Minister of Innovation, Science and Economic Development Navdeep Bains, International Trade Minister François-Philippe Champagne and Transportation Minister Marc Garneau.

The Prime Minister was joined at the dinner by Harinder Takhar, CEO of Paytm Labs, part of India’s largest mobile payments platform — which has located its global research centre in Toronto. PayTM Labs has attracted leading-edge researchers to its office in Toronto’s downtown because of the vibrancy that Canada offers, especially to technology and start-up companies.

Paytm represents the latest example of an innovation highway between Canada and India. Its mobile payments platform is one of the largest in the world.

India is among the fastest-growing markets in the world, with 1.3 billion people, with projected GDP growth exceeding 7 per cent.

Two-way trade between Canada and India was about $8 billion in 2016. As well, Canadian institutional investors are among the most significant global investors in India.

“While trade and investment between our two countries is going up and our ties are getting stronger, far more needs to be done. The time is here for Canadians to capitalize on the strategic window ahead of us,” Mr. Rao said.

About the Canada-India Business Council

The Canada-India Business Council (C-IBC) is a leading organization promoting trade, investment and business development between Canada and India. The C-IBC has a multi-dimensional approach, working closely with global corporations based in Canada and India, as well as smaller and medium-sized businesses.  We also work with legal, accounting, engineering and other professional service organizations, institutional investors and various levels of government. Our memberships reflect a mix of these organizations.

What is open in Toronto right now

Everything you need to know about grocery shopping during COVID-19

Forced selling may be headed for Canada’s housing market